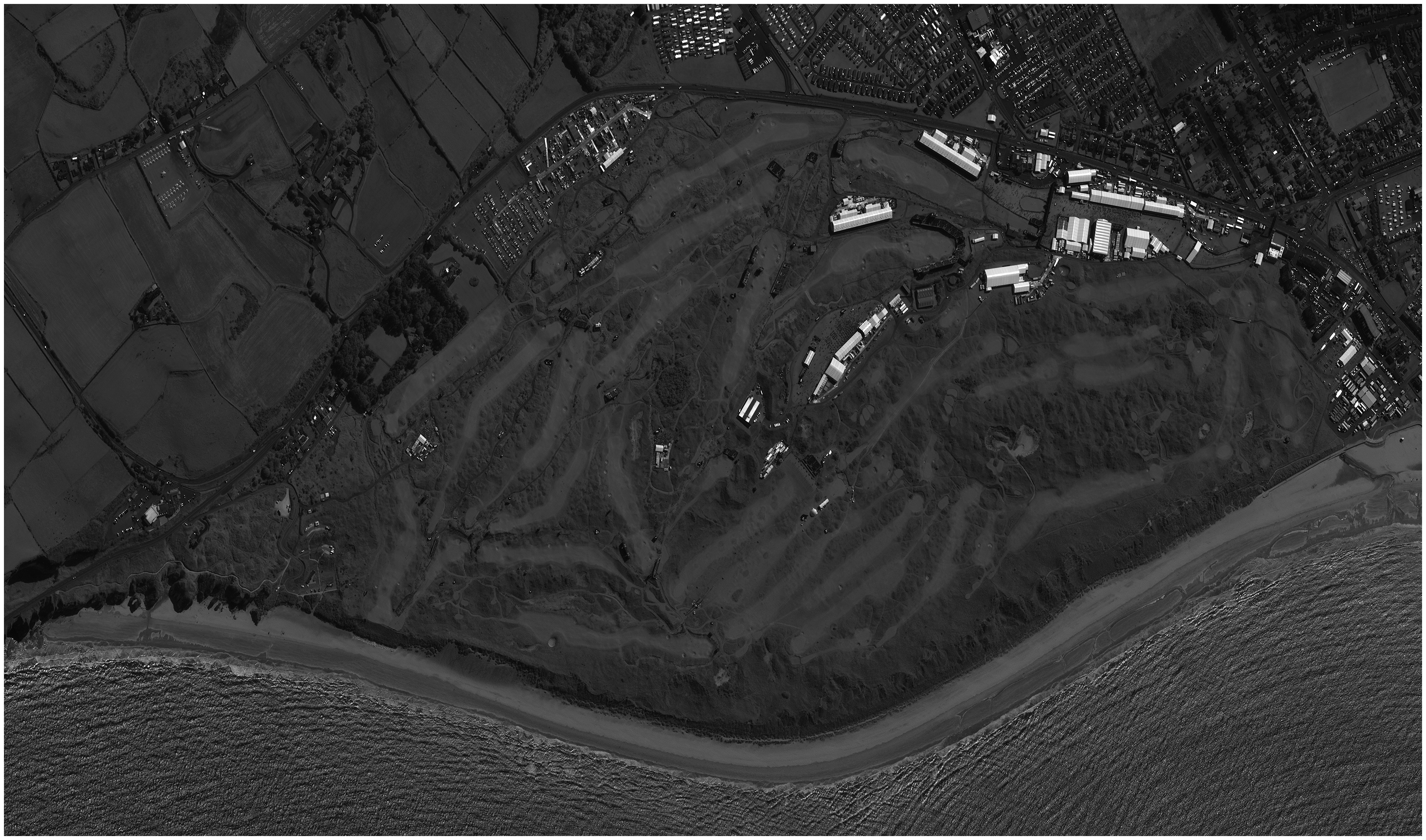 Spring is right around the corner here in the Northern Hemisphere as March is upon us! In celebration of the coming warmer weather, get outside and enjoy a brisk late-winter walk. But before you head out, take a gander at this panchromatic image collected by the 50-centimeter panchromatic satellite, WorldView-1, over the Dunluce Links course at the Royal Portrush Golf Club in Portrush, United Kingdom. We have covered the Open Championship several times in this series, including a WorldView-2 image from 2016 and a GeoEye-1 image from 2018, so we will spare you the details about this historic golf event. The image here was collected on July 20th at 14:22:42 local time which was Round 3 of the Open, often referred to as moving day. By this time, about two-thirds of the field would have teed off already in the 148th Open where Shane Lowry of the Republic of Ireland held a commanding six stroke lead by day’s end. Lowry went on to win the PGA major by the same six strokes over runner-up Tommy Fleetwood of Northern Ireland.