The Soft Core of the Earth – One More Summer

On my dog’s thirteenth birthday, at my parent’s house, she’s laying on the floor and I drape myself over her, looking into her eyes, thinking, “How much longer do you have, buddy?”

We’re most of the way back across the country from Oregon back to the East Coast, taking a few days’ rest in Flyover Country. The “best” part of our journey is behind us, and until we get home, it’s mostly downtime. Well, for her, anyways. I have a few short trips with friends and my folks’ will be watching the dog, but those outings aren’t as captivating to me as the three weeks we spent in the backcountries of Colorado, Idaho and Montana. 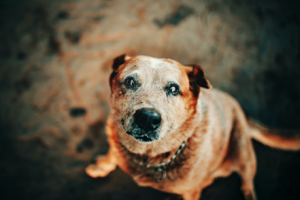 On the drive out of Oregon, through the barren plains in between, I had a sense of melancholy, which isn’t unusual, for every summer as the adventure winds down and the “real world” beckons, I’m left a little blue. But this trip, with her advancing age and some nagging health problems – which to this point haven’t affected her greatly – I’m left to wonder how much time she could really have left; how much time we could have left together. They don’t make dogs to last that long, unfortunately; their only flaw, someone said.

I imagine the same is true with people, especially as we age or are faced with our own terminal illnesses, but with animals, because their lives are so short and because you know you’ll outlive them yet still treat them as your kids, there is a sense of impending doom that comes in like a storm cloud at some point. It’s inevitable.

This is my second dog as an adult, and when the first one developed bone cancer and had to be put down inside of three weeks from diagnosis, that was an emotional challenge and a coming-of-age moment for me. She was twelve, but I hadn’t even started to register that her expiration date was on the horizon. That diagnosis expedited it and made it real. I was caught off-guard to say the least, but I came to accept it in a matter of days. The last few were hard, not only because she was in so much pain, but because I was effectively planning her death; I’d made an appointment for the vet to come to our house to euthanize my pup. She went quietly and peacefully, and the vet and her assistant gave us a few minutes together before they loaded her up and took her away.

What did I say to my dog? Well, I thanked her for all of the great years together and told her I loved her. What else is there to say? I knew I would miss her, and I did and I have.

I had her cremated and let most of the ashes go into the winds of the Indian Peaks near Nederland, Colorado. I kept two small jars of the ashes, one I dumped out two summers later when I was visiting friends in Oregon, and the other in my front yard when I moved away from Texas four years after her passing. Without going into great depth, both were significant for different reasons, as both were places she would’ve been with me had she still been alive. But she wasn’t. And that’s what made room for dog number two, the one whose birthday is today, the day I write this, her thirteenth.

I got dog number two less than three weeks after the passing of dog number one. I tell people I didn’t intend to do so, but I imagine I did, even if only subconsciously. No, I’ll be honest, I knew I wanted another dog. Those weeks in between without one were hard, but it was more than just grief. You see, I’m a “dog person.” I don’t know myself without a dog in my life and I don’t care to. All the sacrifices I make aren’t really sacrifices to me; putting my dog first is the way I want it to be. Sure, there’s things I won’t do or don’t do because of that, but my life is better this way, I’m sure of it.

In my mind I’ve already started planning for next summer’s adventures together. Whether she’ll be able to hike all the miles we typically do, who knows. Whether she’ll even still be here is the more pressing concern in my mind.

During the summer of 2017, we did a couple of 14ers in Colorado. And while we’ve laid off the heights of our treks, we’ve still done a lot of equivalent elevation gains as recently as this summer. We had several hikes that gained about 3,000 feet these past few weeks, and one that was close to 4,000 feet – so, as of now, she’s still able. I’ve decided that if she’s around and capable next year, to celebrate her 14th birthday we’ll do one last 14er – one of the “easier” ones most likely. If she’s not able, well, then we won’t. If she’s no longer around, then I’ll do it myself and that will be where her ashes are let free. It brings tears to my eyes to think about this and type this, but it’s just life. I don’t get a say otherwise.

I imagine – no, I know – there’ll be “another” dog after her – as long as I’m still alive that’s the only way it can be, but this one now will have left a pretty big mark on me, no offense to dog number one. I imagine my own aging and maturity coupled with growing pains and growing alongside dog number one made the life of dog number two all the better, so I hope the same can be said for dog number three – when it’s time. Though, as implied, I’m not ready for number two’s time to be up.

For now, I’ll just be extra cognizant of our time together from here on out, and we’ll keep doing all the things we love – which starts and ends with just being together – even if those activities are not always exciting. And all the while we’ll make plans to do those exciting things again next year, hoping we have an opportunity for one more summer together.