The Soft Core of the Earth – Wherever I May Roam

At the dawn of the MTV era, the Canadian band, Loverboy, put out their hit single, “Working for the weekend.” It captured what everyone had been thinking since we went to the five-day workweek in the 1920s: we’re just trying to get through this 40-hour grind so we can kick back and relax for a couple days – before we have to do it all over again. Rinse, repeat. The genius behind this for corporations is that the “weekend” recharged their workers for a productive workweek to follow. They had no real concern whether we had fun, did something meaningful, or enjoyed time spent with friends and family. No, they just wanted us to come back ready to punch the clock and be as efficient of worker bees as was possible. Nothing has changed in the century since…

I’ve had a unique approach to my current career position, in large part because it gives me great flexibility in what I do and when I do it. Sure, there are things that need to be done at certain times and deadlines to meet, but aside from that, I’m largely free to set my own schedule, for the most part. And that’s a good thing. So, as things went the first five years on this job, I rarely ever worked an 8-hour day if I could avoid it, often doing something that was intrinsically motivating and enjoyable whenever I felt like it. But it wasn’t/isn’t like I don’t have important work to do. Because of this, I would often work in the evenings and weekends, whenever it best suited my schedule or social calendar. You were just as likely to find me working on a Friday night or Sunday morning as a Wednesday afternoon, and I really didn’t mind. An extension of this was society’s ever-present smartphone, an annoying little device that allowed me to quickly check my work email whenever I wanted to. And check it I did. Oftentimes, I would do so before bed, and always first thing in the morning. It was unhealthy. And ridiculous. But I justified it because of my nontraditional approach to work scheduling, though I always knew it was not a habit I wanted to commit to for the duration of my career. 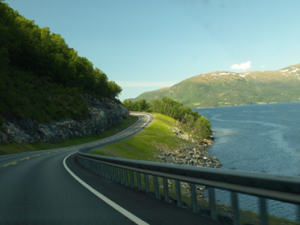 Closed for the summer. (Image retrieved from https://www.pexels.com/search/road%20trip and comes courtesy of Stas Tsibro)

So, last November (2021), my first step towards taking back my time was to get rid of my smartphone. Technically I still have one, I just don’t have a data plan, and I’ve yet to connect to WIFI in the house – and have yet to check my work email on it ever. That’s a good thing. Then in December (2021) I decided that I would no longer check my work email after 5pm Monday through Friday, and never on Saturdays. This has also been a good thing. As of this writing (May 2022), I’ve committed to never checking my work email on Sundays going forward, too. So, I imagine you’re wondering, does that mean that I’m doing more work during traditional hours? Nope. Am I still doing work in the evenings and on weekends? Yes, when necessary, but I’m highly efficient and have become much smarter about the work I take on, so it’s an all-around improvement. I would say I’m definitely coming nowhere close to a 40-hour workweek, and I plan on fighting to keep it that way. Still, work continues to encroach, and yes, it feels like I’m “working for the weekend” sometimes. But I’m going in the right direction.

My line of work is basically “seasonal,” and I have a few slow periods or off-seasons throughout the year, two, really. One is for about 30 days in December/January, and the other is for about 90 days in the summer months, though it’s not really correct to say I’m “off” – that would be grossly inaccurate – only that I have fewer responsibilities and far more flexibility with how I engage with the ones I do have. I can’t complain. Nonetheless, the “on-season” is intense, even if you think I’ve painted it as being otherwise. While I’m very good at time management and nonsense deflection, there is always an onslaught of it and the inevitable duties that must be done and must be done well. At times, it truly feels like a water main (or a work main, more accurately) that has broken, and the water (work) just keeps coming out at high speed. I fight through it, treading the water at times, and then somehow, 90 days later, it just stops. Much like a monsoon rain in the spring, all of a sudden, the sun is out, the grass is green, and the birds are chirping. It’s a welcome feeling.

And as good as it feels when it arrives, I still need a break – something more than a weekend. I guess I’ve never been “working for the weekend” (though I certainly do appreciate getting to them when they come) – I’m working for the summer, when I get the opportunity to change my latitude (and attitude) and get the heck out of Dodge for several weeks (it’ll be about seven this year). Work can be done anywhere, and it is, but sometimes I need to go and sniff out some new fun elsewhere and detach from work as well. And I do.

Yet again this summer, I’ll continue to contribute to the climate crisis by driving across America, literally. From the eastern seaboard to the Pacific Ocean and back, I’ll spend several weeks in the Midwest, Rockies, and Pacific Northwest, soaking in the beauty of it all, appreciating the rumble of the road, seeing friends, and exploring new places. Somewhere in there I’ll do some work, too, I imagine. But it sure won’t be a priority. I’m aiming to retire in 15 years. Whether that’s realistic, I’m not entirely certain yet, but either way, I’m considering myself as having started “phased retirement”: I’m going to shed one duty every six months until in about 12-13 years people will wonder why I’m still on the payroll. Only at that time I’ll be so embedded in the fabric of my agency, they won’t be able to untangle me and kick me out until I point out to them the way to the loose thread to unravel the web I’ve spun. Don’t worry, I’m not going to become one of those worthless sacks of shit that ruins it for everyone and makes more work for others, I’m simply going to purge the pointless busy work from my life and streamline my working self into one efficient SOB. I’ll be finely tuned and ready to tell whoever’s in charge at that endpoint to “take this job and shove it” – another classic song from a bygone era.

The sad thing is that I have to come back to the grind after every summer of wandering. Even thinking about all the things I’ve got planned makes me feel as if it’s already over – and it hasn’t even started yet! Well, if that’s the price I have to pay, so be it. I guess when I get back in August, and the spigot of endless work blasts wide open, causing me to have to fight its force and triage the damage it brings, I’ll go back to being thankful for those ephemeral stopgaps we call weekends. And somewhere in all of the hecticness of that workaday life to come again, I’ll find time to plot my travels for the following year, and that’ll give me that glimmer of hope I need to get through another year as I continue working for the summer.