The Soft Core of the Earth – Overrated Places V

Let’s be honest: this place couldn’t pass for “great” on any level for any person with even a modicum of common sense. Bryan-College Station (BCS), Texas lies in a wasteland. Whether or not it’s true, the origin story about BCS is that it came into being as a joke. A farmer and a rancher needed a way to get their commodities to market and there were no train routes within a reasonable distance. So, they figured if they built a college people would be motivated to come visit, thus the need for a transportation system, and with it the ability to send their goods off to market. Hence “College Station.” I went there for a little bit of schooling. I visited during the month of November, when the weather can pass for tolerable on a good day, and with a full slate of activities, my guides managed to pass the place off as livable, even decent. I recall my folks surprising me one day after I’d made the decision to go to school there; they’d driven down to help me find a place to save me the hassle (benefits of having bored, retired parents). They gave me a call that first night and my dad said, “Son, are you sure you want to move here? This place is awfully ugly.” At the time I was living in Boulder, CO, admittedly one of the more beautiful cities in the country, but I was committed to going, aesthetics, weather, and culture be damned.

One of the last days in Boulder before I departed, I was sitting at one of my favorite watering holes, Illegal Pete’s on the Pearl Street Mall, and some long-haul trucker was sitting there as well, so we chatted it up. He told me about all the places he’d been, where he liked and where he didn’t, and then asked me for my story. I told him where I was about to go and he replied, “Good luck with that. That place is horrible,” or something to that effect. I responded with what was my wisest statement to that point of my life: “Place is a subjective reality largely dependent on your expectations. If you expect to have a bad time, you will.” We returned to our drinks in silence, but it sounded good.

Little did I know how bad it would be down there on several fronts. Moving down to Eastern rural Texas in August is a fool’s errand. It was 110 degrees every day with almost 80% humidity; it didn’t dip below 100 until close to 11 p.m., which is when I would take the dog out one last time. I always had to shower before bed because otherwise I’d be dripping in sweat. It was less than awesome. There’s maybe a month where the weather is truly tolerable all day and otherwise the AC runs the rest of the time. The land is flat and barren, there are no trees over 30-feet high, scrub brush and little sharp pointy things dot what would be grass in a more desirable place; eastern timber rattlesnakes, some 6-feet long, are everywhere, and the type of person that calls that place home lovingly must have departed the evolutionary chain early. It’s god awful.

While I enjoyed what I was doing while I was there, I couldn’t find many redeeming qualities aside from that. Sure, there were some good people, and I could have done better about nurturing those friendships if for no other reason than to commiserate over our “station” in life (pun intended), but I really didn’t. By that point I’d moved around so much that I’d become a bit of a loner and I knew I wasn’t going to be there for very long anyhow. In fact, while I was technically there for three years, those first two summers I stayed with friends in Oregon to get the hell out of there; winter breaks I usually spent most of the time at my parents’ place elsewhere. When it was clear that I didn’t need to be down there for the last year of my program, I took that as an excuse to beat feet. 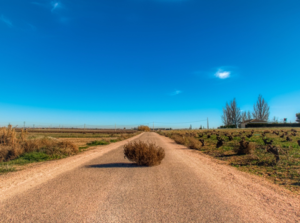 The whole lipstick on a pig thing applies to Bryan-College Station, Texas. (Retrieved from https://unsplash.com/photos/ZiuL3lWgQiM; photo by Luismi Sanchez)

I did return twice though, once for graduation about a year later, and once only about a month after I’d initially departed to see a girl I’d struck it up with during my last weeks in residence. Didn’t see that one coming, but it faded quickly – and with it any further returns to that awful, awful place. Don’t miss her anyways.

I remember being at a bar once down there comparing BCS to an open-air prison. Sure, you could walk about freely, even leave to take some trips, but you always had to come back – at least until your sentence was done… The drinks were cheap down there, though. One bar, the Rebel Draft House, always with the air cranked and the doors wide open, had a wall of taps, maybe 30-40, and regardless of what type of beer you wanted, all 23 oz. pours were only $2.75 – dirt cheap. Most of the bars had a special drink called the “summer beer”: half vodka, half your beer of choice. I guess it made life on the Brazos a little easier.

Often, I would go out of town, to Houston, and far more frequently, to Austin, to see live music. Usually, I’d be driving home from a show just before the bars closed down at 2 a.m. in BCS to see a bunch of college girls dressed like they were in a Girls Gone Wild video – nothing unusual for a college town until you think about how conservative and religious the area is. It was pretty common that the kids sinned on Saturdays and asked for forgiveness on Sundays, but there was a tinge of irony I couldn’t shake about it. It always guaranteed a chuckle when I would see some of those coeds in my classes the following Monday.

For what that place lacked in aesthetic beauty or a livable cultural/meteorological climate, it sure made up for it in “tradition.” Of course, I didn’t buy into any of it, but I recognized it for what it meant to others. Texas A&M and Virginia Tech are the only two non-military colleges that have a sizable presence in their “pre-military” student body. At A&M they have the Corps of Cadets, probably close to 5% of the student body playing soldier (there is no requirement or expectation to join the military, and I think most get a free ride to college if you join it – under the guise of a “scholarship”). Admittedly, they do some cool stuff though, one being Silver Taps. Every month during the academic year, if a student dies, the Corps (some 2-3,000 of them) march in silence, minus the clicking of their dress boots, to the center of campus, near the Academic Building, the oldest building on campus. About 10 p.m. the bugle player, from atop the building, plays silver taps (a rendition of the more common ‘taps’) to the north, south, and west, but not to the east, because the Aggie (nickname and student body affiliation) will never see the sun rise again, followed by a 21-gun salute. It’s really quite moving and chilling, especially when everyone files out in silence afterwards

They also have the Century Tree, an old live oak that you’re not supposed to walk under for fear of never getting married (side note: that’s a very important part of their culture – getting engaged while you’re still a student), and most try to propose at the tree. There is the Sul Ross statue where students leave pennies for good luck on tests (side note: recently there have been many protests to tear it down because some believe he was a racist – this almost literally divided the campus in half). Aggie Muster, which I think takes place in April (I never went) has a bunch of alumni return to fill up the coliseum and then they read the names of all the departed (i.e., dead) Aggies, lighting candles. I think the catch phrase is something like, “As long as one Aggie is still living, you’ll never be forgotten.” Touching, I guess. And of course, there are all the college football gameday traditions, including the Midnight Yell where they indoctrinate the students the night before all games with their various yells and hand signals. I remember when I went to my first football game down there and saw all these students doing grade year-specific calls and motions I tried to jump on and get the hang of it. I failed miserably. I never tried to learn any of it again. They also have the Aggie Ring, a gaudy ring you earn after completing 90 credits (three-quarters of your degree) and where on the ring finger of your right hand. Many of the females in my classes would brag about getting their two rings – the Aggie and the engagement. Once you get the former you’re supposed to “dunk” it: drop the ring in a pitcher of lukewarm beer and then chug the pitcher. It’s a rite of passage. Losers will use tea or soda. I sure as hell don’t have a ring, but I have slammed my share of pitchers of beer…

My happiest day in Texas was the day I moved away. The state ain’t all bad, Austin and San Antonio are pretty cool, but the problem is you still have to live in Texas to live in those cities. No thanks. Now maybe that Matthew McConaughey might become governor, that might change some things and make it more desirable, and the tacos and BBQ are pretty good down there too. But you’d still have to live in Texas, so I won’t be going back anytime soon. J=

Marco Esquandoles
Giddyup on outta there!