The Soft Core of the Earth – Overrated Places IV

It seemed like a good idea at the time. Then it wasn’t, then it was. It worked out in the end, but man, let me tell you: moving to a place sight unseen is a risky move, even if it’s with a purpose. Fortunately, I had an exit strategy in place before I arrived – two years and done – but a wakeup call, nonetheless. DeKalb, Illinois, the kind of place that was seemingly designed to encourage people to get out of town as soon as possible. Built around the Lincoln Highway (IL-38) west of Chicago, and home to a “diamond junction” railway configuration in the center of town with another set of tracks that bisects the entry in from the east, everything about the layout of DeKalb is a constant reminder that people weren’t meant to stay long. If you do, it’s your own fault. There is nothing charming about the town at all. Well, except for the house I lived in on Evans Ave; and “The House” I worked at on Highway 38 (that’s what it was called – a coffee shop, light fare, and live music venue). Not even two hours from Madison, Wisconsin, these two college towns couldn’t have been any more different. “Madtown” had two Afghani restaurants on State St. – DeKalb had two McDonald’s on the main drag. What passed for ethnic in the “barbwire city” was Mexican food. In fact, there were two Mexican restaurants on Lincoln Highway as well, both owned by the same people, with identical menus. The only difference is that one was considered “classy,” so it had nicer décor and slightly more expensive prices, and the other was more “blue collar” and for families. Aside from that, exactly the same. There is not much room for flare in a city like DeKalb, but there is room for story and gossip.

When I first moved there, I was taken aback by the rundown nature of the place. It couldn’t have looked more depressing. Aside from the university there, it was really only known for two things by people who bothered to care: home to the inventor of barbwire, supposedly, and home to Cindy Crawford, the 80s/90s supermodel. In fact, I had a poster of Cindy on my wall in high school. She wore Lee jean “daisy dukes,” stood bare-chested, but with her arms across her top; to me, she signaled the perfection of femininity back then. Hell, she probably still does today. Aside from that, most people never heard of DeKalb, nor were they missing out on much having not.

Fortunately, I did go there with a purpose, a master’s degree, but if I somehow stumbled into that town and got stuck for any other reason, it would have been downright demoralizing. During my short stint there, I met a number of people who’d never left and would likely die there (some did while I was there, actually). What’s worse is that some did leave and came back. I couldn’t imagine anything more defeating that that. Thinking you’ve escaped the dead end of DeKalb only to return is probably like getting out of prison only to go back. My first dog walk “downtown” ran me into some guy named Charles I would come to know, but never trust, on my tour there, and he told me about some band playing at the “jam spot.” Right up my alley, but this guy couldn’t have looked any shadier. He looked like a British soccer hooligan with bad poke-n-stick prison tattoos, a shaved head, and demeanor that screamed trouble. He would come to see me as “okay” over time, but many were intimidated by him. But he was only one character, there were plenty more. 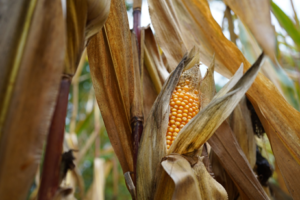 Welcome to corn country. “Aww, shucks” is an appropriate reason for a lot of things there, including if you get stuck there for the rest of your life! (Image retrieved here, courtesy of PZ)

Two brothers, Aaron and Matthew, and Aaron’s best friend Sam, were another collection of oddities. Matthew was his own character, so we’ll start with him. He had a strange sort of fling going on with the owner of The House Café where I worked, and while social, also kept to the fringes of society. He looked like a hippie, and in some ways behaved like one, but he also had a hot streak of outsider about him as well. He did a series of odd jobs and it was never clear how he paid his way, but he was always friendly to me, so no real issue there. I think he made his life through using others, though he did it in a very unobtrusive way. He’s the kind of guy who would scam you and you wouldn’t know it. Many probably thanked him when he took advantage of them.

Aaron and his sidekick Sam were another story. A pair of screwups if there ever were one, they lived for the party. They also quite literally lived in a closet. They rented a space that was a room with a window, no bigger than a nice-sized bathroom (but there was no bathroom) that had a decent-sized closet in it. There was no furniture to speak of, aside from a few folding chairs, and there was trash and debris everywhere. If I recall correctly, they had a microwave and a mini fridge, but not much else. They were blackout drunks, so any night of the week you’d find them walking from bar to bar down Lincoln Highway. Whomever got home first would sleep in the closet. Seriously. They didn’t have curtains in the main room, so it was less desirable to pass out in. Each had their own set of problems, but Sam’s were worse. He was part Native American and quite a handsome fellow; the women loved him, and he loved them back as often as he could. Aaron was scruffy, yet still lovable, but not quite the lady’s man Sam was. Sam’s problem was deep depression that would surface when he imbibed on whatever he could get his hands on. One day he overdosed on heroin, intentionally, but fortunately a friend found him and saved his life. That isn’t what Sam wanted. He overdosed again two days later and died. It broke Aaron’s heart. A couple years later Aaron had a child and named him Sam. But Aaron was still stumbling through life at that point, sadly.

The house I lived in, possibly still my favorite to date, was nestled in a little quiet area on the eastern edge of town, not too far from the interstate. It had been converted into a duplex, with the upstairs rented out to a female grad student in performing arts, but she was never around. I had a massive main floor with an enclosed front porch, a beautiful deck and backyard off my bedroom that also had plenty of space for the dog to run around. One of the aforementioned trains also ran right on the other side of my fence as well. Every weekday at 10am and 6pm, it would slowly ramble by, cutting off traffic into/out of the city. I loved it. It was so peaceful. If I was home, I was watching the train at those times.

The “house” I worked in, well, that’s where I met Sam, Aaron, Matthew and Charles, amongst many others, because they either worked there too or at least hung out there quite often, it really was the central gathering place in town. It never made money, it was a labor of love for the owners, but it provided a much-needed community space and cultural outlet in an otherwise undesirable town. While I was there another music venue, Otto’s, was still fully active, so that was the saving grace of my time in DeKalb: there was never a shortage of good live music. Sadly, again, Otto’s closed after I moved away (poor upkeep and unpaid bills), and The House Café changed hands after the second owner couldn’t stand the losses any longer. I think the recent pandemic has likely shuttered it now, unfortunately…

A number of things allowed me to feel productive while I was there for two years: I loved my house and job, I was in graduate school and came away with a master’s degree, I had a serious girlfriend at the time, I was a stone’s throw from Chicago where a bunch of college buddies lived, and I knew I wouldn’t be there long. Because of all that, I reflect on it fondly, but I can’t imagine ever having to live there again. It would be crushing. A lot of my stops have been kind of like that: a good experience (even if not fully realized at the time), but not a place I ever want to return to. I guess that’s okay.

There was this bar and grill there called Fatty’s, the typical college hangout, but people from outside of DeKalb had heard of it because of their Cajun fried potato salad. Absolutely delicious. There was another place, Lord Stanley’s, a sprawling dive bar (every bar there was a dive) that had unbelievably good pizza. The owner, once you got to know him, would often give people his extra tickets to Blackhawks’ games. Another guy, John, was essential to the music scene, and has since spread his wings all over Chicago and Illinois. A few memorable places, a lot of good people. So, don’t get me wrong, it wasn’t all bad. It just wasn’t all good…