The Soft Core of the Earth – Overrated Places

I remember when I first moved to the *great* city of Boulder, Colorado, almost 20 years ago. Being a Midwestern boy I didn’t have a lot of travel experience outside of my home region; a few jaunts here and there, but nothing too immersive aside from a detour in the Deep South (which was an experience in its own right – perhaps for another day). While I was “serving time” in the South (not literally, of course) I was staking out my plans to move to northern California; I had my sights set on the Emerald Triangle, though not because I was a pothead (okay, at the time I kind of was), but because it seemed like the edge of the world and I could get lost in the lush forests and hippie havens I assumed were abound in that part of the state. Well, a few of life’s bumpy patches derailed that plan and I made a pivot to consider Boulder. I’d never been, though I had skied in Colorado several times over the years and I guess I was looking to transplant to somewhere that retained some semblance of similarity to a college town, and one more beautiful than the one I came of age in, even though everything else would be foreign. And that it was.

I moved there with two college friends, and while we didn’t know it at the time, we were kind of setting ourselves up for a rude awakening. First, we moved away from the rest of our friends and the confines of familiarity. We no longer had an immediate friend group, no ready-access to the “fairer sex” – we now had to go out and meet people and start the painful and awkward process of socialization anew. We also were no longer college students, so we had to get jobs (and try to start careers) all the while making new acquaintances. That first year was agonizing in a number of ways. I stumbled out of the gates with jobs, and that, frankly, plagued most of my time in Boulder (9 years in total), so not only did I never make much money, nor really never enjoyed what I did for work, I also didn’t gain much traction in my professional development. Some of this came down to bad luck and an ultra-competitive job market – no shortage of highly-qualified people for even the most banal of jobs in that area – but also my own fumbling and self-sabotage along the way. Looking back, I can see where a few poor decisions I made certainly derailed the potential for a positive trajectory on a career path that might have been fruitful and sustainable, but alas, it was not meant to be – thanks in large part to yours truly.

But when you’re young and resilient you can weather the storms of uncertainty in the workaday world, but failures in the social realm are harder to stomach. It was several years, and several moves, before I finally felt as if I were beginning to have sustained “luck” in the social realm (including with the ladies) – sure, there were intermittent and fleeting “successes” along the way, but never much to write home about (as if one would) – but I think I also came to be, almost by necessity, a loner and an introvert. Neither were true before first landing in Boulder, and circumstances and the choices I made steered me down that path.

Eventually, the constants in my life, while still there, were less and less reliable – not that it was anyone’s responsibility to secure my happiness and social life. And to shake matters up more, I was frequently moving away from and back to Boulder, so I never had any real consistency in my life. I ended up living in Boulder four separate times: 2 years; 2.5 years; 3 years; and 1.5 years. Each period has a marked degree of similarities, but they’re also distinct. Some periods (slightly) more enjoyable than others, but none fondly remembered. 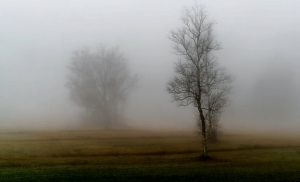 After my fourth and final stop in Boulder I remember talking to my good friend in the city I had just moved to (in the PNW) about my summary of my time in Boulder. I was having a hard time sputtering out what I was trying to say. In sum, I said that I never felt successful there – that was an objectively true statement as I never was “successful” based on any reasonable measure – but what I think I was really trying/wanting to say was that I was never happy there either; likely the two were different sides of the same coin. I’d lived a bunch of other places in between my stops in Boulder, and while there were some lows on those forays as well, there was largely a sense of accomplishment (if not contentment with my locale) that allowed me some sense of peace (one notable exception aside). So, why did I keep moving back, you might wonder? Great question. I’m still trying to figure that out, but I think, in part, it had to do with perseverance – I could will myself to be happy there (spoiler alert: no, I couldn’t). But it also had to do with the accoutrements and trappings of Boulder: it’s aesthetically beautiful; it has great food and drink; great social and music outlets; great access to outdoor recreation; and, let’s be honest, there were no shortage of beautiful, young women there. What’s not to like? Well, window shopping gets old, as do to the facades that conceal the realities of people and places. Boulder looks like a happy place on the outside, but in reality, for many, it is far from that.

Boulder is a mirage. An ever more congested and unsustainably expensive one at that. It is full of people who have big dreams – and likely a cushy trust fund – who come there to play after college, or who move there later in life once they’re established and have the line of work that allows them the flexibility – and the expense – of settling in the college hamlet. And while droves of people push through there over time at a continual clip, most get bounced out for one reason or another (money and job stability being the two biggest factors that dictate the length of term for most), but those who stay have a patina of inauthenticity that while often not intentional – nor necessarily even the “fault” of their curated beings – is still acrid in how it settles over their lives and curates their outward self-presentations (perhaps for self-preservation’s sake). You won’t find many people in Boulder who appear to be nasty or mean, but those traits can be summoned quite quickly (to be fair, that’s true of most of the population), but it is the sheltered existence, the aloofness, the self-righteousness that will turn your stomach in the end (if you’re really paying attention). That isn’t to say I haven’t met and retained some very close friendships with people who reside in Boulder over the years, only that they’re the exception that proves the rule.

This might seem like a singular case of a party pooper who couldn’t get out of his own way, but in recent years I’ve had these conversations with some of my remaining holdovers still in/formerly of Boulder who have had the same thoughts. Boulder is FAKE. I mean, it didn’t get its nickname of “The Bubble” for nothing. It’s called such because it is shielded from reality – it also creates its own, and if you stare too closely, you’ll find it isn’t nearly as pretty as one thinks when viewed from afar.

I don’t regret moving to Boulder the first time. I do recall how much I hated it and wanted to leave after that 2 years though. Had I only made a better choice for where I moved to after, there may never have been a 2nd, 3rd, or 4th stop, but somehow – lucky me – I made arguably my worst move to follow (southern California), so Boulder didn’t look so bad when I was clawing at the walls to get out of SoCal. Talk about being stuck between a rock and a hard place. It was akin to crying to be let out of solitary confinement just to get jumped in the yard; I traded one undesirable condition for another in hopes that something would change (the definition of insanity, right?). Stops three and four were foolish; no way to argue my way out of those decisions as poor. But there’s literally nothing I can do about it now – crying over spilled milk and all – so I try to learn from it. Or take stock in the collateral damage that came with it. Maybe that’s more accurate. Not nearly PTSD from having lived in Boulder, but a lot of disgust with myself for how much time I wasted there and how foolish I was to have been unable to see through its veneer.

I still spend an awful lot of time in the state, and even pass-through Boulder still, though while I still love much of the rest of the state (though it is simply far too congested as well), I don’t miss the city at all. Much of my time spent there these days – and I try to keep it brief – is spent in reflection, wondering what I could have done to make it better, more enjoyable, but also why I kept coming back. It was like some form of municipal or geographic abuse; I kept returning to somewhere I wasn’t happy and always felt like an outsider, yet also always hoped I’d get it right. It turns out there was nothing to get “right” in Boulder, not for me anyway, as it’s just one of those places that will turn your soul if you let it. I gave it way too many chances and never learned my lesson – or maybe I’m learning it now…

Marco Esquandoles
Well, that was 9 years of my life…