Remote Senselessness – They All Get Away

S (her): “We need to talk.”
M (me): “Okay… What’s up?”
S: “Well, you know how when girls and boys start hanging out, well, it can get confusing? You know, intentions and all…”
M: “Uh, yea, go on…”
S: “Well…”
M: “Just say it, S____!”
S: “Well, I’ve been hanging out with this guy for a little while, since December; nothing official, but we’ve been talking recently about making it exclusive.”
M: “Ah. I see. Well, thanks for being honest. I guess my timing isn’t very good, huh?”
S: “You’re timing IS the worst!”
M: “Story of my life, S___, story of my life.”
It was only a few short weeks before that final exchange that she’d called me out for “liking” her. Truth is, it was more than that. No schoolyard crush here; this one was different (of course I think that every time…). Too many things clicked. The day before the above text message exchange we’d gone out drinking for six hours – the night ended, err, quite well (I thought)…
One week earlier:
S: “Oh no! You’re going to kill me!”
M: “I figured. Another time.”
S: “You’ll never guess what I had to deal with today!”
M: “I knew you’d back out.”
S: “No you didn’t!” (frowny face)
M: “Yea, I did. Seemed like your M.O.”

Silence for 2 days…
My overreaction certainly led to a derailing of whatever was happening. While I thought we’d got it back online, I can’t help but think I sealed my fate by being a prick. What did I learn from that? Always assume good intent… 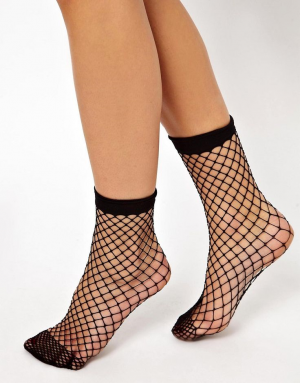 I was out of town for two days but we’d never been more connected than that period of time (well, at least through text). It was almost as if we were sitting at a bar or on a couch talking the whole time. Part of me thinks it was a control thing on her part; I mean, why wait until I’m on the other side of the country to engage in an endless text marathon? I think she wanted to gauge how much I was into her. I mean, this was when she first called me out for liking her after all. And she was right: I was definitely into her…

That last night we hung out she was wearing these socks – yes, a weird thing to notice, I admit – but they were fishnet, just barely above her ankles. She had on black Vans, or some other non-descript skate shoe, olive shorts, and a tight black t-shirt. It all complemented her olive skin, her long neck, and her well-defined face. She wasn’t a classic beauty, but she was a head turner. Long legs, a demure smile, and just-below-the-shoulder dark brown hair that was almost greasy, but definitely not dirty. She had an attitude. She had layers of complexity. She had life experience. One of the first times we texted, you know, during the “getting to know you” period, she marveled at how much we had in common. She said, “We’re basically the same except that I’m funnier and have better taste in music.” Neither were true, but I wanted them to be. I certainly was guarding myself so much that I walked on eggshells a bit. She called me on that, too…

I was walking down the street, not a week after she’d “let me go,” and lo and behold, she drives by. I typically am aloof when I amble down the block, but I happened to look up. She flicked me off – I returned the favor. We smiled; she drove off. I got home 15 minutes later to a text from her, and we exchanged a few more before it tapered off. The exchanges didn’t resonate (for her) any longer (I guess). They still did for me. Now it’s been more than two weeks. I’ve given up. I’m not heartbroken. I’m not bitter. I’m not lost. I am disappointed.

They all get away. There is no “one,” at least not in my life. They all affect you differently, some more than others, but after a while, numbness forms a scab easier and more quickly. The shell hardens. The pain callouses. Eventually, though, it’s second nature: loss is expected. Defeat arrives at the same time as opportunity. It may be a race or a battle between the two, but we all know the outcome is rigged – or at least premeditated. By whom, I don’t know. I don’t believe in fate, at least not the good kind. I do believe in conditioning. We’re disciplined animals; we can get used to anything. I’m used to this…