Remote Senselessness – The Weekend I Should Die

There’s that age-old question, you know the one, “If you knew when and how you would die, would you want to know?” I think most answer, “No,” but I’m not so sure that would be my response. I think a lot of it would have to do with the response. If I’m 80 years old and have lived a successful, happy life, and I die in my sleep, without any pain, and all of my estate is settled, then sure, why not know? But if it is next week when I visit the sausage factory and I get chopped up in a machine, slowly dying, then, “No, thank you.” But sometimes you don’t need the Ghost of Christmas Future to tell you those things; sometimes it just comes with the territory.

By the time you read this, I’ll be dead.

No, I don’t have some incurable disease (that I’m aware of, yet), and I’m not planning on offing myself (intentionally), but I do expect that I might die this weekend. You see, I’m getting together with about 30 or so friends for a weekend of what I assume will be decadent debauchery. Is there any other kind? That, in its own right, doesn’t directly translate to death, but when you factor in some of the key players, their habits, and the itinerary, well, how an old, been-out-of-the-game-for-too-long codger like me makes it through alive is anyone’s guess. And no, I sure as hell don’t have my estate in order. I might die in my sleep, though, likely choking on my own vomit. Just like MGMT sang in the song Time to Pretend, “We’ll choke on our vomit and that will be the end, we were fated to pretend.” I don’t think that is entirely unrealistic, given what I expect to happen this weekend. 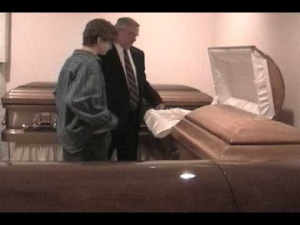 “What do I have to do to get you to take this home today?”

I’ve actually known a few people go out like that, fortunately, none were close friends, but still, when you hear about the “end of the party” for someone else, it causes you to take stock in your situation. At least me… I knew one guy, Chance, he died in his friend Chuck’s arms after a hard night of partying. Another guy, Sam, well, he tried to kill himself with heroin; failed the first time, got it right the following day. We all know about Belushi and Farley and other celebrities that went out on overdoses, or at least bodies ravaged by drugs and drinks. And, no, I’m not going on a bender, but I do expect to have more than my fair share of vodka, and way less sleep than I need. Typically, bad decisions get factored in there at some point as well. In fact, for me, it won’t be the booze that gets me, it’ll be the bad choices, or more likely, running my mouth off to the wrong person. I’ve done that more times than I’d like to admit.

But, you might ask, what makes this the weekend you’re so certain you will die? Why now? Well, I guess it’s a combination of things: enough things are going right in my life (though not as much as I would like) and an aging body that is hellbent on living like it once did 20 years ago. It’s a recipe for disaster, I’m sure; I think I saw it on Rachel Ray (joke). The other thing is that my close friend group hasn’t lost a friend in a while – that sounds morose, I know – but as we all know, the older you get, the quicker your friends start dropping off. No reason why I shouldn’t be next, right? And besides, I think I’ve been operating on borrowed time for a while now. Time to pay the piper, as they say…

No, the real reason why I think this is the weekend is because it has been prophesied. While none of us are 27, there actually happens to be 27 of us going – the “27 Club” – and there are too many planned events where someone is likely to be put in between a rock and a hard place – Tijuana being death incarnated. Have you ever been to “TJ”? I’ve been a few times and each time I felt like it was the start of a bad “trip” or the beginning of a horror movie. There are “servers” who walk around with bottles of tequila, blowing a whistle obscenely, and violently pulling people’s heads back and pouring Jose Cuervo down your throat. There are the pharmacies where you can get whatever you want. The donkey shows. The street gangs. The corrupt police; the corrupt military. Why wouldn’t you die in TJ? In fact, I hope they make that their marketing slogan: “Wanna die? Come to TJ!”

Well, I’m probably being hyperbolic – I’ll likely return, not dead, but certainly deadened. And who knows, maybe I’ll come back with some good stories to fill these columns; wouldn’t that be great? If I do die, however, I’ll ask the Apollo gang to run my obituary in this column next month. Either way, I’ll get the last laugh.

Post-script: I didn’t die, in case you were wondering. I was actually on good behavior, for the most part, though I don’t attribute that to maturity, simply that the old guy can’t party like he used to. Some of my friends, though, man, they have some iron constitutions – still got it like they were 20. Oh, so you wanna know what happened in TJ? Take the trip yourself and find out. It’s like a never-ending loop of “good times” down there… ?