I just finished reading The Death of Expertise by Tom Nichols, and its thesis, in a nutshell, is that Western society no longer values experts and their fields of inquiry. This is in part due to watered-down higher education, the widespread misinformation found on the internet, and the simple fact that there are an awful lot of really stupid people who either won’t or can’t acknowledge that they’re stupid. Nichols refers to the Dunning-Kruger effect, the cognitive bias where people of low intelligence mistakenly assess their intelligence and capabilities as greater than they actually are. I agree with all three of these points. Which leads me to the point of today’s discussion: why do we put any stock in feedback from people? If the “experts” in a field truly are so, then why would we seek input from the uninformed? Our society has become so soft and sympathetic. That isn’t to argue against a truly inclusive society where the wide spectrum of diversity is openly welcomed and embraced; it is simply to say that we need people to understand that not everyone is equal, not everyone’s “truths” are correct, and that the more you’re sure of yourself, the less likely it will be that you’re correct in that assumption. It sounds a tad authoritarian, but the way society has gone and is going, we need the capable to get the incapable in line for the good of everyone.

I’ve been deeply considering my political perspectives of late (though to be honest I’ve mulled over this for years), and I just can’t pin down where I am completely. I’m against military interventionism, I’m for the legalization of drugs, I think laws on people’s bodies and homes are ludicrous, and I question some aspects of taxation, and especially how those taxes are allocated. These aspects put me in the libertarian camp to a degree (though not with those looney Tea Party fundamentalist nutjobs). But I’m also very much for widespread, heavily-invested-in public education, and even more so, protecting the environment at all extremes. I think we need to create opportunities for people to be successful, not cut off all paths to that potential success and a chance at a high quality of life. Those aspects put me in the socialist camp. 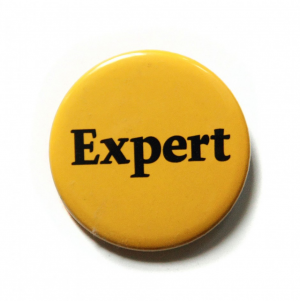 There are far too many people who think their opinion matters.

But there is too much in conflict between the larger ideologies. A Marxist friend of mine has been in my ear for a year or so about how capitalism is fascism incarnate. I understand a lot of his rationale: the monied and propertied class creates wealth on the backs and sweat of the lower class. But the historical examples of failed socialist and communist states looms pretty large. And even those socialist success stories in Europe, which are more social democracies, really, their successes in socialism might come from outside supporting forces (i.e., a lack of need for a significant standing military because of support from the EU or the U.S. means that money can be spent on social welfare/problems instead). All of this is to say that sociopolitical society is difficult to understand, navigate, and apply broadly – and I’m no expert. I never will be. So the older I get, the wiser I become: I don’t really know a lot. The things I do know a bit about, maybe that’s where I should focus my time and energies. But I operate in the political sphere, so it follows that I’ll respond to it in some capacity. But to do so appropriately may be to “stay in my lane,” so to speak. I’m not a political scientist, and I’m not a foreign affairs expert, and I certainly don’t understand all the nuances of these meta-level political ideologies. That doesn’t mean I can’t be interested, that I can’t debate the potential ramifications of one system or another with my fellow lay folk, but I certainly can’t debate it with the scholars and practitioners who have been doing work in these areas for years, if not decades. I’d be left grasping for straws and making claims that have not been thoroughly explored. It would be stupid.

And people are stupid. If they could just understand that, well, then they’d be less stupid. If you’re the guy whose job it is to scrape bubblegum off the tile floors at the airport with the tennis ball, then more than likely you’re going to be misinformed on a lot of things – if not purely apathetic about current events instead. There aren’t a lot of Will Hunting’s out there, and let’s not pretend that there are. To be clear, however, we do need to make sure we help maximize the potential of all people, even if it is solely to remove gum from the floor of Denver International. We just need to make sure those folks realize when they’ve hit their ceiling.

Which brings me back to feedback. The internet has given people the “power” to feel as if their voice matters, and this democratic effect is positive – to a point. When it becomes negative is when it impedes progress and seeks to undermine expertise simply because people believe their uninformed opinions are just as good as an expert’s opinion that has come from years of schooling, research, and practice. And this plays right into the “elitist” notion of academics and experts from the Neanderthal class. So maybe we concede that they’re right: there is a faction of society that is more intelligent and does know better than you. Once that is established, maybe we can get back to making progress.

By this point I’ve come off as arrogant – won’t be the first time and won’t be the last time. I’ve come off as entitled – which isn’t true: I believe in working, and working hard, to know my areas of interest. I may have even come off as misguided and operating on illusion. To this I respond: believe me, no one is less certain of themselves than I, and because of this, I can feel safe with this stance. I’ve said before that I’m no genius, far from it. But I do see bigger pictures and I can see how disparate networks can be bridged through careful investigation. It is a long road, and one that may never end, but I’m content to work on it for as long as I can. I just hope others who are uninformed, misinformed, or under-informed keep their thoughts to the private realm – don’t interject idiocy into the public realm. We don’t need the feedback from the uninitiated. It’s a struggle simply to match wits with those more seasoned in one’s area of expertise. Idiots need not apply.

Feedback gives the neophyte the opportunity to act like an “expert” when they are rarely deserving. This isn’t to say we can’t all get better or hone our craft, but simply that our merit and contribution should only be measured by those who have come before us, not those who put personal opinion and preference ahead of seasoned and concentrated science, experimentation, and empirical inquiry.