Conservatives live in a mythologized past and operate on norms that cannot possibly apply in contemporary society. Liberals are idealistic and dismissive of incremental change, instead lobbying to put all of their chips on the table at once. While both operate from different principled viewpoints, neither is fitting or realistic for today’s society, not without significant compromise.

Libertarians and many neoconservatives operate by the dictum that less government is more individual liberty. They are against regulations, especially when it limits business growth and wealth generation and accumulation. Liberals, moderates and neoliberals still adhere to the market economy as the saving grace of the lower and middle classes. But it has been reinforced, time and time again, one fraction gets richer and smaller, and the other gets poorer and bigger. Social democrats and socialists want more to be conceded to the state, greater regulations on industry, more social welfare programs, and less corporate rule. While this third tripartite sounds like the most progressive route to supporting those most in need, it also has significant flaws. It isn’t that an expanded welfare state would encourage less responsibility or greater apathy amongst its dependents, but it would be difficult to instill in a nation of this size with existing divergent sentiments.

While I’m sympathetic to the concerns of capitalism’s effects writ large, being that its most basic premise is unabated growth and accumulation, I’m not certain that socialism is the fix-all many claim it to be. First, we must address the distinct difference between socialism and communism, which are often conflated; they are not one and the same. Communism is purely state-controlled; socialism is its cooperatively organized predecessor, the stepping stone between capitalism and communism, but by no means only a utility of communism. The problem with communism is that those governments are highly susceptible to corruption and authoritarianism. We see this in the failed Russian state, Cuba and North Korea to name a few. As has been established, many communist countries, as they evolve, eventually become capitalist systems – if they transcend pure authoritarianism in the first place. Since the majority of industrialized countries are capitalistic, it makes it much tougher for communist (or socialist) countries to get a seat at the table for many reasons, a major one being that capitalistic countries don’t want them there, and they (we, capitalists) have the power – and reason – to keep them down. 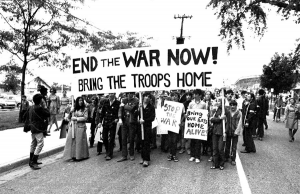 Social democracies, like the Scandinavian countries, are examples of those liminal hybrids that have massive social support systems that are “socialist” in nature (this would be a misuse of the concept and should be abrogated because all organization starts with the state) in large part because they have international organizations that cover their defense needs, something that has been pointed out by at least the last two American presidents. When you have a power-hungry country like the USA that loves its big guns and imperialistic tendencies, still trying to draft off its heroism and world savior role from WWII (and its colonialism of the past), the US may complain that others aren’t “paying in” enough, but the reality of the situation is that the neocolonialists love their adopted, and perceived, role as the “world’s police.” Even if all the countries in NATO did chip in to pay their “share,” the US would never relinquish any of its firepower or presence throughout the world – at least not where it is to “our” advantage to be (oil, nation building, market building and domination).

While libertarianism and socialism seem like strange bedfellows, or perhaps more appropriately, warring camps, there is room for some compromise in the two schools of thought. A rational non-fundamental religious libertarian should accept that much of the social safety nets now in place could never be repealed or even scaled back (red states drag on multiple public welfare support systems that would leave them isolated and destitute without economic centers that lean left), nor that the country will ever be its revisionist frontiersman mentality again. Because of this, and if neoconservatives want to hold their place in the broader dialog into the future, they must relax their demonization of those who are not of the monied, propertied or educated class, and invest in a broader system of social support. For if their motto is that “it takes money to make money,” and they want everyone to be self-sufficient, then they have to give somewhere, otherwise they’ll be backed into a corner and forced to build that social infrastructure to prevent chaos (though in many ways we’re already there). The only other option is that they’ll be crushed in a revolution, something they’re well aware of as evidenced by the expansion and militarization of the police state. Big Brother is watching.

Instead, neoconservatives must face the facts and the times: open your arms to a broader social support system – it won’t cost nearly what you think, and the ROI will be significant. Here’s how: There are 200,000 troops deployed internationally, in nearly 180 countries. That doesn’t include support personnel (roughly another 200,000) and working spouses (roughly 50,000) either. While strategy and defense warrants having some troops and support forces in key locations, in an era when war is fought with airplanes/missiles, drones and cyber/technology, there is no need for this many troops abroad. Instead, if even half of those troops were brought home to not only serve real American needs instead of occupation and militarism, a lot could be done (infrastructure, border security, alternative energy projects, etc.). And just as importantly, the paychecks of those 100,000 servicemen and women, not to mention those of the support personnel – and of most importance the significant savings from decommissioned facilities abroad (roughly $50 million a day to run all of them) – would go right back into our economy; talk about a significant jolt! Social welfare policies could be expanded without raising taxes, decades long retracted funding for other uniquely American symbols of exceptionalism could once again be invested in, like education and the environment, and we’d have a whole lot less people angry at us in other countries. Oh, and libertarians could feel appeased because not only would the nation building and interventionism be curtailed, but even with the social support system expanding, it would not be significant added expense. In fact, numerous libertarians (though by no means all) have already argued for the installation of a basic universal income for numerous reasons, so this might offset that need (in some ways).

To be clear, this doesn’t mean we’d cut on defense – we’d cut on militarism, a big difference. This also doesn’t mean we wouldn’t help where needed; we could shift our militaristic spending to actually helping people. Currently we spend $250 million a day on our war efforts, and we’re none the safer or happier for it ($1.5 trillion and growing since 9/11). Think of the compounded savings if we intelligently extracted ourselves and invested in America – the way conservatives say they want to but never do. And that brings back the political issue.

Conservatives are dinosaurs, destined for extinction. They’ll die out soon enough, and they should start to be concerned with their legacy if they truly hold some ideals sacred. (This isn’t a free pass to liberals/democrats, they’re not much better in many ways: the identity politics; the du jour activism; the PC policing; the inability to follow through, these are all trademarks of the stumbling left.) But before conservatives evaporate, they’re trying to dismantle the positive trajectory of progressivism and hold on to the plantation mentality as long as they can. Ripping away environmental regulations and inviting the steady heat death of the earth; reducing public education to a shell of its former self and future potential; stacking judiciaries with fundamentalists and Koch libertarians that rule in favor of dogma (which is a curious sacrifice on behalf of pure libertarians who tend to be atheists; but I guess whatever it takes to pad the bank account) and business, not individual and right/need; and playing foolish games on the world’s stage, singlehandedly tarnishing the image of what was once a country with great potential (but never a great country, not yet). They must’ve taken a cue from a Neil Young song: “It’s better to burn out than to fade away.” Because, in the end, conservatism will expire, at least as we know it – whether the human population lives past that demise remains to be seen…

The country is too big and too different for its own good. But we’re a country, nonetheless, so we push on as any deeply divided family would have to. Much as socialism was to be the stepping stone to communism (and this is not the path for world salvation, I don’t think), there needs to be a realistic stepping stone between the tumultuousness of today and a better tomorrow, and that starts with one easy step: the curtailing of our militaristic agenda and the reduction of military and support personnel worldwide. That money should be diverted to social support programs, and those Americans should invest in our soils first, rightfully allocating humanitarian interventions elsewhere as needed. For if we’re to be the shining beacon on the hill, we have to invite compromise into our lives, and that is not between right and left, but between what we could have been and what we should be – the two are much closer than you’d think.