Out of This World – Gamma-Ray Bursts Solved

Finding the answer to a long-held question is not common in astronomy as the objects under observation are multifaceted, extremely remote and difficult to measure. A conclusive answer is still a theory, even if there is general consensus the science is sound and the results verifiable. New research in the realm of gamma-rays believes to have solved the mystery of gamma-ray bursts that has plagued researchers since the 1960s. 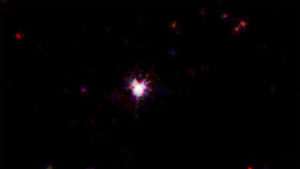 Gamma-ray burst (GBRs) are the most energetic forms of light in the Universe. Like most things that burn bright, they are also short-lived. It’s hard to imagine, but these bursts are a million trillion times brighter than the Sun. When they occur, they eclipse all other sources of gamma-ray light. They’ve been a source of great mystery since their discovery in the late 1960s. Gamma-ray detection was one positive outcome of the Cold War when the U.S. military was monitoring the Soviet Union for violations of atmospheric nuclear testing. They found no evidence of nuclear testing, but they did detect Gamma-ray bursts and scientists have been researching the phenomenon ever since.

Not only are they bright, they’re also far flung, originating billions of light-years from Earth. Some are so far away and energetic that they only appear as a brief flash of light, with no hints as to where they came from. There are two prevailing theories for these flashes, called empty-sky gamma-ray bursts. The first is gas falling into supermassive black holes whereby some of it escapes and is shot away nearly at the speed of light in jets of matter thus creating gamma-ray bursts.

A new publication in Nature looks into a second theory: the collapse of large stars into supernovas that create high-energy cosmic rays which in turn collide with particles and produce gamma-rays. The publishers of the study modeled the predicted rate of gamma-ray emissions based on the rate of star formation, the size of the galaxy and the original energy levels of cosmic rays. They then compared their results to survey data from NASA’s Fermi Gamma-Ray Space Telescope and their findings matched, providing strong evidence for the theory of supernovas creating the empty-sky gamma-ray bursts. This is a truncated and overly simplified explanation. For the full, science-y explanation, check out their publication in Nature.