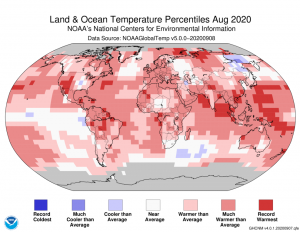 Really just a whole boat load of red on this August 2020 Temperature Departure map with big pockets of record warmth throughout Asia and a tiny bit of blue clustered up in Siberia.