The Soft Core of the Earth – The Culture Wars

I remember how put off everybody was when Trump got elected in 2016. I was somewhat new-ish to town and was out with a colleague at a bar getting to know one another on election night. If you recall, nobody gave him a chance to win, but we still watched the ticker at the bar, downing beer after beer. I left the bar quite inebriated about 930pm, if I recall correctly, and when I got home, I took out the dog and then turned on the TV to see where things stood. By that point, things weren’t looking good if you were pulling for Team Blue, and I remember seeing either Pennsylvania or North Carolina go Red – against the prognostications of “the experts” – and I shut off the boob tube, accepting defeat. The next morning, I woke up in a fog and stupor and stumbled out for the morning walk. I recall seeing a woman standing at the end of her driveway looking at a newspaper, faintly crying. I usually would avoid these situations, but something inside me decided I should ask if she was alright. I said, “Are you okay?” To which she responded, “No, none of us are,” as she turned the paper towards me, showing the headline announcing Trump’s victory. An older friend told me we’d “get through this” as his generation had done with Nixon before. Somehow, I wasn’t sure…

There’s no need to go through the four years that followed – you either were alive to witness it or you’re not old enough to read this now – but we all know, regardless of where you land on the political spectrum, that there were some rough and tumble times during that stretch, and it didn’t leave the country in better shape. If we’re being honest, we weren’t in great shape before then either, it’s just that a lot of the problems were masked by a revived economy, general apathy in the electorate, and the buzz and blur of the capitalist machine and social media hypnosis to see it – or perhaps to care. Well, forced out of our comfort zones (those of us lucky enough to be comfortable), we were made to meet our enemy – and as Pogo said some 50 years ago, the enemy is “us.” 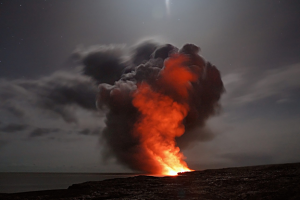 There have always been culture wars, and there always will be, especially in a country as big and diverse as this one. There will always be disagreements and there will never be consensus, so we should accept both and try to make the best of it. However, as outlined by many people smarter than I am, our society has drifted back to a highly individualistic one, and that continues to become truer every day, albeit in mutations that seem more distant from the original understanding. Robert Putnam outlined in his latest tome, The Upswing: How America Came Together a Century Ago and How We Can Do It Again, that, in a nutshell, a lot of the problems we’re experiencing today, socially, politically, culturally, are because of our collective turn to individualism in the 1970s in a way not seen since the Gilded Age. This is adeptly captured by Jean Twenge in her book iGen: Why Today’s Super-Connected Kids are Growing Up Less Rebellious, More Tolerant, Less Happy – and Completely Unprepared for Adulthood as well, though the individualism we see in iGen (largely those in high school and college now) is quite distinct from that which we saw with the Reaganites of the 1980s. The original individualists chronicled by Putnam were aspiring Robber Barons, or card-carrying capitalists at the very least, and today’s individualists are held captive by capitalism – as well as a sense of self-righteousness and fear that has not been seen before. As all generations are in their emerging adulthood years, they’re vocal and demanding, but due to the omnipresence of social media, helicopter parenting, safe spaces, trigger words, and woke liberalism, collectively they have come to feel empowered by something they don’t truly understand, even if some of them do read past their grade level these days (though most don’t). I think the saying “Out of the mouths of babes” carries less and less relevance in contemporary times, because while some are quite capable or being articulate and pointed in their critiques, their lack of life experience sells them out every time. The only problem is that for their every worthwhile contribution of insight and concern given, it is offset by the older generations’ apathy and aloofness. As a society, we’re burning the candle of individualism at both ends, and trust me, there is no moral victory in the middle, only a scalding hot pile of wax that will burn us the way climate change has burned much of the Earth.

And that’s not even the tip of the iceberg when it comes to the culture wars. Don’t worry, it gets worse.

There is no shame these days. There is little reason. There is even less willingness to hear another version or to admit one might be wrong. That won’t change until something forces our collective hand, and that, my dear readers, is something none of us will want to witness. But it will come. Mark my words. In Bill Maher’s latest editorial, he sardonically, yet somehow concernedly, pleaded for people to look for ways to stop hating one another. He reminded his left-leaning viewers that “the other side” has more weapons and knows how to use them – there will be no question of who will win when/if push comes to shove. I think he’s right. Even if some prognosticators forecast the citizenry trending leftward in the future (though this might be a bad misread in typecasting the growing number of minorities in the country), if one side decides to rig elections and not follow the rules, then it doesn’t matter how many supporters you have on the side closer to sainthood (tongue-in-cheek, mind you). We need look no further than Nicaragua, and certainly any other decades-long dictator space elsewhere (e.g., Russia, North Korea, Hungary, etc.). Does this mean we’re in a march to another Civil War? Some have prophesied as much, but obviously I don’t know. Is it within the realm of possibility? I think the answer is a resounding “yes.” Though, it won’t look like the last one. There would be violence, no doubt, but control doesn’t always require weapons and beating, but it does always require fear.

So, who or what could save us? Another question without an answer, currently. Is it possible that the citizenry could save themselves? It is, yes, but nothing suggests that is very likely – unless one side gave in and supported the ways and means of the other, and that doesn’t seem likely (or a good idea). As the upcoming midterms swing the pendulum back to Red, and the 2024 presidential cycle goes with it, there will be an awfully ugly picture of Blue hearts bleeding (more likely figuratively than literally) with a lot of noise to follow. It will be a sight to see; we’ll all get whiplash watching that car wreck. The environment, voting rights, women’s rights, and any progressive slate will all be crushed, and it will make a terrible deflating squeal when vanquished. People will cry all their tears; they will feel defeated.

What will there be to salvage? Nothing. But that may not be entirely a bad thing. With all of those whose spirits die, so, too, will their causes that only ever distracted us from what was meaningful and reasonable in life. And the other side, the Almighty Red, well, they will impose defeat on themselves. For all their brainwashed masses that followed blindly will finally wake up to realize they lobbied against their best interests for decades. This will leave a fractured electorate from sea to shining sea, and all power will congeal in the hands of the 1% – which is nothing new, they’ve had it for eons.

From the ashes will rise a mighty phoenix, but whether it will get enough sustenance to fly freely and begin again remains to be seen. If it can, and those who are left of the masses can dust themselves off and admit and accept their common ground, then an organization like no other will rise to the occasion. Power will change hands after a long and fraught skirmish, and a New World Order will come into being, one like the people have never seen before. Of course, in the blink of an eye it can (and likely will) all turn to shit again, but at least for a fraction of time it will appear as if something better is possible. It’s not, but sometimes it’s better to believe what you want than what’s likely.

And where will I be during all of this, you might ask? Well, I’m neither of the Right nor the Left, so I’ll have escaped society well before the Culture War at the End of the World comes. Well stocked and well-armed, I’ll be watching like a vulture, waiting to go pick the meat and valuables off the carrion. I’ll be the Hermit King on the periphery of society, watching one chapter and waiting for the next. It’ll be an endless cycle; the dream will not be one to wake from…