The Soft Core of the Earth – A Place of Comfort

Admittedly, I felt a little odd not being back on the Eastern seaboard as the protests surrounding George Floyd’s death – and police brutality in general – spread across the country. Here I was, nestled in a place of comfort somewhere in a hidden crevasse of the Rocky Mountains. It was a conflicting set of feelings: I’m safe, I have no worries of incivility or violence, but at the same time, I felt like I was absconding some moral and civic duty by not being involved in the protests somehow. Yet running parallel with these thoughts was the question, “Why now?” There have been murders of innocent black people by cops for – well, forever, maybe, at least from Reconstruction on. There have even been dozens (if not more) of these heinous acts caught on tape. So, it was obvious to me that Covid-19 played a role in the protests (as well as the riots and looting, where those occurred): people are out-of-work, and have been for some time; most social avenues have been paused for quite some time; and the weather is getting better, so people feel an inherent need to be outside. This may come across as a grim, or even cynical, take on things, but I don’t believe that what we see right now would be taking place at the level it is without all those factors being in play. While it is comforting to see these movements sustaining, including around the world, and it’s heartening to see the public displays of art and community awareness, I can’t help but think the moment will, yet again, be wasted. The talk of climate change and Greta Thunberg has dissipated; the March for Our Lives movement and the strong students of Marjory Stoneman Douglas have also faded into the social commentary abyss. News cycles turnover frequently, and I think with the resurgence of Covid-19 and the impending presidential election, we’ll miss any chance for substantive changes.

I lean pessimistic, that’s for sure, but I’m also left wondering what would be the type of changes people on an aggregate level would want – let alone agree to. I know the phrase “defund the police” is in vogue, and at face value it is ridiculous, but once it is analyzed intricately, there is much to take away from it. First, police are asked to do too much and are not trained correctly, if at all, for a lot of it. Dealing with mental health issues, substance abuse issues, homelessness, and even most petty offenses should not be in the hands of municipal, county or state law enforcement; those issues require trained healthcare, social workers, psychologists, mediators, etc. to handle the issues correctly and without escalation. Obviously, the police need to be demilitarized as well; that anyone would concede to having gestapo-like foot soldiers trained to kill within an ever-expanding surveillance state is worrisome. All of that seems like a good and reasonable place to start. But what else is needed and realistic?

I think there is a more-than-compelling argument to make that the evidence of structural or systemic racism in this country runneth over, and has for quite some time. But how to respond there? For decades there have been calls for reparations, but this is a sticky issue. I assume you could say that anyone who is a direct descendent of someone who was enslaved in this country would be eligible, but for how much? Where would that money come from? Frankly, I don’t think it is right or realistic to extend checks to individuals on a personal level, but I do think it would be more-then-reasonable to build up the areas that have been torn down and downtrodden by structural racism by improving schools/education, access to healthcare, job training, infrastructure (social and physical), and community/neighborhood safety. That is realistic. Leveling the playing field – which will require a lot of investment in many areas – is essential. But how do we pay for that? 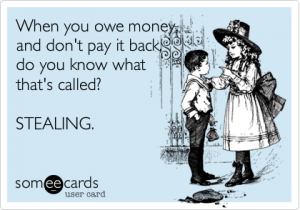 Invest in what is owed its due, including for past transgressions. It might just make life in the future better for everyone.

As I’ve oscillated between some form of libertarian and some form of socialist in my life – still never finding a proper camp to call “home” – I think the best way to do so is through new forms of taxation. This will yield groans from many, but in addition to having not raised the federal gas tax in 27 years, there are other things that warrant taxation, which, if done, not only will help the social infrastructure and lives of those marginalized and oppressed, but also help curb consumerism and waste, and add benefits to the natural environment as well. So, raise the gas tax by a minimum of 25₵ a gallon, but also the taxes on all non-essential goods that aren’t directly related to a healthy lifestyle (e.g., TVs, smartphones, designer apparel), products that are excessive in their grandiosity and lacking in need (e.g., 250+ HP cars; 5,000 sq. ft. homes), as well as all unhealthy forms of food (e.g., candy and cookies). People in this country bitch way too much about paying taxes, when the reality of us paying more wouldn’t greatly affect our livelihood if we’re living enjoyable, yet pragmatic, lives. People need to make a commitment to a better now and a better future, and that requires payment and a little bit of sacrifice. To be clear, this isn’t taking anything off the market – you could still by your Dodge Challenger Hellcat with its 700+ horsepower that tops out at 200 mph – it’s just that it’s beyond time for people to start paying their fair share for the damages they do/have done to society and the environment. The Hellcat stickers at around $60k for the base model; let’s put a 10% tax on that for the environment and infrastructure; after all, you’re going to be using that 700+ HP on publicly-funded roads, aren’t you? All those emissions you’re going to be dumping into the air; that affects all of our ability to breathe, right?

So, as we go back to improving the lives of those who have experienced systemic racism and oppression for decades, if not centuries, then let’s explore what are the issues that are in need of assistance, and look at what types of consumption have played into that and tax there as well. For instance, we know that foods high in sugar, saturated fats and cholesterol all lead to poor health, and thus place a burden on our healthcare industry as well as those who, in many instances, have fewer options because of lack of access to healthy foods – commonly due to residing near a food desert. Coca Cola and Kellogg’s and Hostess need to be taxed for dumping such junk into our markets and onto our tables. If they want to run ads on TV or online, there should be taxes on that too. Why should we let companies that openly exploit us through garbage food, which negatively affects our health and strains our healthcare industry, off scot-free? Again, this isn’t to say that you can’t still get your Big Gulp, just that you’re going to pay more for it because the companies are taxed from the outset. Use taxes would go along way; look how it has impacted tobacco sales (although other types of campaigns and PSAs helped there as well). “Sin taxes” need to be extended to the bigger social and environmental degradations they cause.

Most people who have been cast away by society live in areas that are closer to industries, toxic runoffs, landfills, noise pollution, etc. All of these businesses that have contributed to environmental and social degradation should be taxed, heavily. And, of course, this cost will go onto the consumer. Those pesticides you want to dump on your lawn? That’s gonna go up 100%, at least. That old TV you want to dump in the landfill that is loaded up with metals and toxins of its own, well, we know you’re going to do that (because you’re too cheap to pay the recycling fee), so you’ll pay for the hazardous waste cleanup on the frontend. The same for your old tires, the cans of paint you’re going to buy because you want the foyer to be periwinkle, the motor oil from your lawnmower, the plastics your prewashed salad and your loose vegetables come in. All of it. Maybe it’ll cause you (us) to think about what we buy and why, to be intentional about every purchase, to use everything we buy, not just throw it away because it’s cheap and easy to do so – we should not be rewarded with no penalties for creating more waste. All of that money will not only help us to streamline our junk and consumption, but it will improve the environment, and it will go a long way to making material improvements in the lives of those who have been cast away like the cheap products we can’t seem to live without…

Yeah, I’m in a place of comfort, I guess, but I’m also watching what’s going on – and have been for quite some time. No, I’m not innocent, far from it. But I am aware, and I have to accept that concessions need to be made, improvements need to be made, commitments need to be made. So, how was I ever a libertarian, you might ask? In some ways, I still am: I still believe that we shouldn’t do anything that directly – or indirectly – negatively impacts others’ quality of life. That’s pretty libertarian. Of course, that comes with the don’t impose your laws on me, my body, and my property, and sure as hell don’t tax me out of existence, but there has to be a middle road. If you’re going to live in a society, then you’re going to have to pay for it (taxes). If you’re going to be a contributing and aware member of society, you also have to accept that “society” will make mistakes – oftentimes major ones – and we’ll have to pay for those too, especially when it’s beyond overdue. For instance, I had a dogsitter watch my dog for a weekend once; the dog stayed at her house. Well, when I came to pick her up, I learned that she jumped on the washing machine to bark at a squirrel and in the process knocked over a few pieces of inexpensive glass objects. Now, it could be argued that the dogsitter should have created an environment where that wouldn’t have happened – the dog could’ve been hurt, after all – but it also suggests that I am responsible for what my dog does while in someone else’s home; so, of course I paid for the items. We’ve got a lot of stuff we broke decades and centuries ago and it’s time to pay our bill. It might hurt the pocketbook a little at first, but it’s the only road forward. It also might allow us to see how we’re wasting in other areas, too. Think of it as spring cleaning for our country: let’s make it a better place for the future, and that means taking care of all the waste and hurt we caused along the way.