Remote Senselessness – When it Sinks in

So, I joined the Bumble app a few weeks ago, you know, the one where the lady has to make the “first move.” As I’ve expressed elsewhere in this never-read-column, I hate social media and online dating, but the latter has become sort of the way people date these days so I have little choice. At least with Bumble I feel less creepy and commodifying of others since women have to make the final judgment. Well, I did a lot of swiping, yessir. If this were baseball my batting average would be abysmal based on the apparent lack of reciprocation, but that’s okay; it only takes one, right? Anyhow, after a few boring dates, a few interesting dates with extenuating circumstances (one gal looked nothing like her pictures, another had a gaggle of kids – and I’m not trying to be a step-daddy, and another had a stalker ex-husband – not trying to get killed), I was contacted by this gal who I have to assume I only grudgingly swiped right on. I don’t know why I did. None of her photos were particularly attractive; some were awkward, many were too far in the distance to get any detail. Her short blurb about herself was nothing significantly creative or powerful. So, I don’t know, but I did. I guess I figured the likelihood of it being a match was low anyhow, so what was there to lose? It takes just as much effort to swipe right as left, I guess…

Anyhow, she contacted me and we had sort of a drawn-out back and forth on the dating app. I felt like I was only half-engaged because I frankly thought she was not much more than average, and she, well, she was only responding randomly so the whole thing seemed kind of halfhearted on both ends. Either way we decided to meet up for a beer. We threw a few ideas out there and picked one that I had actually initially decided would be a bad idea (my local watering hole), but hey, it was close to my house, so why not? At 7pm on a Wednesday, what could go wrong? Besides, if/when it failed, I could hang out at the bar for a little longer if I still had the itch or I could get home quickly. If nothing else, meeting someone new is always good – I’m not trying to completely cut myself off from society. At least not yet… 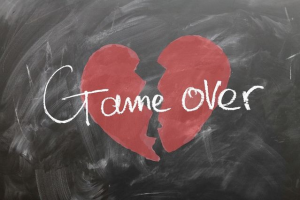 Don’t get your hopes up.

Well, I got to the bar a few minutes early and grabbed one of the few booths there and took the seat with me facing the door so I could see her. Now remember, I wasn’t expecting anything. It sounds vain, but I expected to find her quite boring in terms of attractiveness. Not ugly, just not a head-turner. Well, she walked in right on time and had a glow about her, a smile that radiated, there was this aura and the goose bumps started to sprout. Somehow she had managed to choose every picture that didn’t accurately capture her beauty and post them when just the opposite was true: she was stunning.

She grabbed a beer and we jumped into a great conversation, and then, unfortunately, and sort of what I expected could happen and why I didn’t want to come there, the owner of the bar stumbled over to the table. Now, I like him, we’re friendly for sure, but when he gets to drinking he can be obnoxious – and I’m here on a first date and enjoying it – and it turned out to be recipe for disaster. Had the date been a bust then he might’ve been a welcome sight, but it wasn’t, not yet. He drunkenly consumed about 60% of our time together, pushing her buttons at every opportunity he could. And she absorbed it. I was so amazed by her ability to roll with the punches, even though I could tell she was really annoyed, that I found her even more endearing. We had a couple more beers – on the owner’s tab – and then split once he really crossed a few social boundaries. I wasn’t mad at him, I knew what to expect, but I was worried I’d derailed this thing before it started. I walked her to her car and we hugged and made plans to meet up a few days later. Phew.

We texted sporadically over the next few days. I got the sense that she wasn’t really into being connected to the phone all the time – which was great, but yet still yearned for a little more engagement to see if I could figure out what might come of this thing, if anything. Well, a few days later, a Sunday, we met at her house and walked to a bar and had what I thought was a really good time. I guess I’m guilty of oversharing in some instances, especially after a few beers, but I don’t think I committed any grievous sins. She was going out of town later that week and I asked if we could get together before she left and she said “yes.” We hugged, then a little awkward moment occurred and I tried to plant a smooch, but she turned her head at that moment because her dog (who was with us) tugged away at the leash and diverted her attention – or at least that’s how I interpreted it. I missed the moment, she smiled and I departed. Then I never heard from her again.

I believe somewhere in here I’ve mentioned that I quite often get in my head when it comes to the women I like. It is almost impossible for me to not imagine some future point in time with a woman the first few times I hang out with them if I like her. It’s almost like the kiss of death: what I imagine, or even hope for, distinguishes any possibility that it might happen. Of course this isn’t always true, but when it does happen, it feels like it always happens. It’s deflating, defeating, demoralizing.

I’d sent her a text with no reply the following day. I gave it a full day off and then sent another about meeting up, again with no reply. I haven’t deleted the text tread yet, but that will be the final closure to the whole thing. That will happen in the next day or two after this writing, long before this essay goes to press. So I think about when it went off the rails, what all of the extenuating circumstances might have been that caused it to fizzle so quickly, what I did/didn’t do, said/didn’t say, etc. And now I’m just waiting for it all to sink in.

Postscript (written a few days after the initial essay):

(See this month’s Geography of My Mind for full context): It sunk in. Girl A (this essay) feels towards me about the same way I feel towards Girl B (GoMM). There are elements that we have in common, we get along, and maybe there’s a little attraction, but ultimately, neither was a “match.”

Marco Esquandoles
Table for One