I read somewhere that post-Millennials (aka Generation Z) are less interested in engaging in critical thinking than the generation before them. Of course, older generations are always overly-captious of younger ones: they have it easier, they don’t work as hard, less is expected of them, etc. And when I think back to when I was their age and how apathetic towards critical thinking I was, this assessment loses traction for me when it is aimed at one generation in specific. To be fair, we’re a hyper-critical society that is bereft of the “thinking” component far and wide. Every generation or cohort is, or has become, anemic in their intentional and introspective understanding of the civil sphere and its importance to societal cohesion and making progress. In part this is due to the capitalistic world order of which we’re all beholden to per our station in life, but it is also because we no longer learn proper, thoughtful engagement with the outside world and those who comprise it.

This is something that education was intended to provide, and I believe at one time did (to a degree), but as the decades have rolled on, the funding cut back, and the imposition of consumer culture taken over as the omnipresent Master, ephemeral indulgence has negated the perceived need of any form of thoughtful reflection or evaluation – or perhaps more appropriately, any desire to do so. Once everything in a society became thoroughly disposable, and in many instances expires in the blink of a screen refresh, there becomes less time – or expectation – to analyze anything. It becomes inefficient to do so. When this is representative of the material interactions of our lives, it soon follows that it becomes representative of the human relationships of our lives as well. 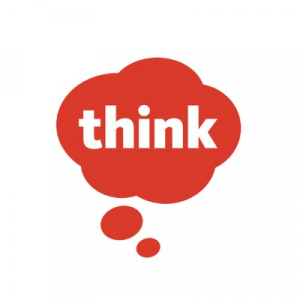 One of my favorite bumper stickers reads, “Throw it away? There is no away.” For if there were an “away” then we would be free to continue to use and discard, to act without consequence, to speak without thinking. But true to form of this windowsill wisdom, all of our decisions do result in literal and figurative trash cluttering up our roadways, landscapes, forests, cyberwaves, relationships and minds. It is beyond time for us (as a society) to reinstitute the concept of critical thinking as an imperative component of the development of the human experience.

I was talking to a friend of mine recently who lives in a tiny mountain town of about 3,000 in the foothills of the Rockies. The town has started to grow in the decade since he moved there, with property values going up, tourists coming in, bigger city “problems” entering the scene. His oldest kid, about eight now, said of the tiny Hamlet, “[City] is going through puberty.” From the mouth of babes, indeed… It really is quite interesting when we consider the endless curiosity of children and how eventually we thwart them from discovery because we just want them to quit bothering us. This is a tad hyperbolic (as I’m known to be), but it’s also, at least in part, true. We compartmentalize the learning process with such precise direction and tidy boxes that we prevent any cross-pollination of thought or any encouragement to explore in an intellectual manner. This doesn’t mean we don’t produce some of the finest scientific, medical, legal and political minds, but we don’t see as much interdisciplinary thinking, and we surely lack the knack for bridging together otherwise seemingly disparate concepts and concentrations. Just how can one be a critical thinker if they have to stay in their lane – or their backyard – to do so?

To reiterate, a lot of this is structural, educationally and socially, and because of this we have deadened the potential of the young (in some regards) before they fully develop it. This means that as they wander through some of their most productive years they’re left fitting themselves into premade boxes and following societally imposed rules of order to become successful. Any critical thinking that does take place is often solely self-reflective and often related to materialist aspirations and unreasonable expectations that are either no longer attainable, and in many cases, never were in the first place. If all critique is turned inwards, we get what we have now: an over-medicated and troubled populace.

So what’s my solution, you might ask: Perhaps we loosen the reins on the primary education system, let instructors have more say over curriculum as a response to the needs of the students and their development, introduce them to real world problems and real world problem solvers much earlier, and encourage them to capitalize on that beautiful innocent curiosity that fades away once we have become too hyperaware of ourselves. In turn, this might lead to the sustenance of the developing mind and identity, and less problems with finding the self as children become adults. Critical thinking is not simply being critical; it is understanding the world as a dialectic engagement to find the best path forward. With our lack of thinking in this modern society, all we’re left with is the critical; and we have too much of that going around…