After reading Leonard Pitts, Jr.’s essay, “We should be made to feel uncomfortable sometimes,” he reminded me again of how most people today simply react without considering the implications of their actions. Pitts’ essay was in part focused on the contemporary political climate and in part on the subject of banned books, specifically in this instance to a public school in Mississippi removing Harper Lee’s To Kill a Mockingbird from its “banned book” list. While I could go on a lengthy diatribe about censorship and banning intellectual thought and discussion (I did just return from a local American Association of University Professor’s (AAUP) conference centered on academic freedom, after all), I’m going to speak more broadly. You know I love to play in the world of the abstract! Hopefully sometimes it comes across as practical, too.

Many of us simply fail to make any attempt to process the experiences and exchanges of our daily lives. We have become so certain that our affiliations, preferences and opinions are right, that we immediately discount those who disagree or do not align with our manner of thinking. Reactions are essentially instinctual; our last link to our primal, animalistic upbringings, those tied to the flight or fight physiological compulsion necessary for survival from a bygone era. Unfortunately, instincts are not as useful in the public forum as they once were. We have too diverse a society, and too intricate a network of social exchange, to rely on gut reactions. Fortunately, we have evolved to possess a greater critical ability to process complex scenarios. But alas, it seems we rarely do; we fail to respond thoughtfully and accordingly. 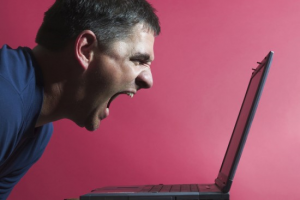 Think first; will your reaction result in the outcome you seek?

A response is a cerebral and intentional processing of how best to behave, engage and move forward based on a given context. Responses are coordinated and with consideration to how any number of potential scenarios might play out based on our ultimate decision; responses are truly derivative of the act of critical thinking. Simply reacting without a critical assessment is what leads to conflict and miscommunication; it also adds to the spread of inaccuracies that plague public thought and discourse today. Responses, on the other hand, are intended to stimulate dialog that requires critical thinking of both the orator and the audience. Sadly, however, it appears in our society that more and more of us rarely do anything but react. We have made our choice before we consider our options.

A relevant example of this failure to communicate is deeply rooted in the pseudo-emotion of “offense.” These days everyone is offended by something. People are offended for one another, and people are offended if you are not offended by whatever it is that offends them. But to be “offended” is to have made a choice without concern to context. Typically, there is no willingness on the part of the offended to reconsider their position. Once someone has decided that some person, comment, word, act or symbol offends them, they shut down any opportunity for potentially meaningful dialog, then or in the future. They dismiss all possibility of finding common ground, of understanding divergent perspectives. To be offended is to embrace your inner child; to pout because you do not like what you see or hear. Even if well-intentioned, the act of being offended self-anoints the “aggrieved” party as the bearer of better judgment and higher moral value, thus enraging a power dynamic that fuels further animosity in already contentious situations. The act of being offended is simply a reaction; an unwillingness to respond through critical reflexivity of the circumstances one is presented with solely because one believes they are correct. To be offended is to remove yourself from any possibility of progress.

Pitts’ essay addressed the importance of being uncomfortable to stimulate a dialog, and more importantly, to stimulate societal progress. He asked, “Who told you [that] you had a right never to be made ill at ease?” When you refuse to respond, you refuse to think critically and engage accordingly, leaving the only alternative as one of thoughtless reaction, a default setting grounded in offense or an unwillingness to be challenged. When you simply react, you have intentionally withdrawn from your duty to see the truth. Gene Weinstein said that, “The meaning is in the response.” We need to make better efforts of understanding other people’s meanings, and how we will respond.