I’ve been telling a few friends lately that I’m planning my “retirement” from traveling. My goal is to limit myself to two trips a year sometime in the next five years, hopefully. And both of these trips will be to the same place, and for long periods of time; one roughly a month, the other somewhere between two and three months. Due to a nice degree of flexibility in my lifestyle, it should work out logistically, I just have to make sure I’m financially prepared to take it on. I will be, eventually, but the sooner the better – for me. I’ve roughly calculated that I’ve taken somewhere between 100-125 trips in the last two decades. Some were shorter, maybe just for a night, others were for two months or so, but mostly they were long weekends, or a week or so here and there. But they add up, and not just in terms of money (though that is also important). The toll I’m referring to is my sanity, my attitude, my appreciation, and the broader impact on my life. More often than not, of late, the after-effect seems to be less glowing than it once was. I actually wonder if it ever was really that great in real time. Somewhere in these pages I’ve written about how anticipation and expectations are the most important of anything we choose to be a part of; the actual event/activity rarely measures up. Then we script our memory in order to make sure we have good stories to tell and can justify our time, expense, and loss of brain cells and liver function. Where I’m at now, I think, is that even though I make decisions to do things, travel for this, travel for that, go see so-and-so, etc., well, it’s all lost its luster. I just don’t get it up for it beforehand like I used to. And that isn’t really a swipe at the activity or the person I’m going to see necessarily, only that the trade-offs have tilted out of their favor. Like Neil Young sang, “There comes a time.” 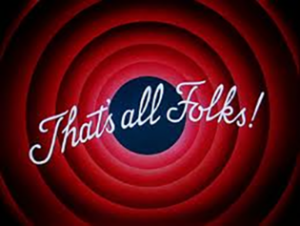 The plane will be boarding without me, the highways will no longer collect my toll; for I look for a life of comfort and enjoyment, and travel only depletes my soul.

I think about all the things I’ve done in my life that I was enthused by or “committed” to but in the end, eventually, walked away from. They are countless. Some had good runs, a decade in some instances, others were as ephemeral as the breeze, lasting a few days in some cases, maybe. And even the things that held great sway over my life for longer periods of time, well, I don’t miss them. Hell, I rarely think about them. So why should there be some weepy goodbye to traveling? Like I said, I’m going to reserve a spot in my life for two massive trips. But those will be less “travel” and more traveling to another location to live my same life, do the same things, just in a more desirable area. Oh, and I guess I’ll have to cut a lot of people out of my life by necessity. I mean, I’ve spent two decades traveling to see folks; if they really want to see me, come find me. They’ll have two states to choose from. If they don’t, no worries. Not all friendships were meant to stand the test of time. Everything runs its course. “There comes a time.”

Having said that, I have a few friends that I haven’t seen physically in several years. One in particular I haven’t seen in going on nine years, but we still talk once or twice a year. In fact, we’re in the middle of an extended game of phone tag. I have plenty of friends I don’t really need to see that often; some I’m good with for once a year, others every other year. And yes, of course, there are several I like to see as often as possible, and maybe even more than I do now, but distance and life get in the way. I think many of them like to travel as little as I do as well. Add to that the fact that we all have our own trips that we want to take that don’t always include our friends (family, work, personal, romantic, etc.), and there simply isn’t enough time (or money) to go everywhere we want and see everyone we want to see.

There’s a lot of people I keep in contact with only because I’ll see them at a specific event or activity; we share some item of interest in common, that’s the basis for our relationship. And it isn’t that we don’t like each other as people per se (I think we do, for the most part), but that when one or the other of us cuts ties with the conduit, then there won’t be much to hold together the friendship. And I think I’m aging out of a lot of those things that connect me to 60-70% or so of my “friend” group. I’ve always thought marriages were foolish, so why would I have any greater faith in casual friendships? I mean, good friendships that have been built up over time, that have weathered setbacks, that have seen mutual growth – I hope I would never walk away from those. But the ones that are held together by a thread, I’m sorry, but they’re dispensable. I might be being overly pragmatic, or perhaps simply cold, but as I age I need to make these decisions. I’m well aware that I have a finite amount of time left on this rock, and I’m trying to be more intentional about it. Extraneous “friendships” and needless travel are becoming roadblocks to my self-cultivation.

I’m beyond the age that most people “settle down,” and I’m okay with that. In fact, I’ve realized that the only real path to a fulfilling life is through the self. That doesn’t mean one can’t find happiness (however fleeting that is in reality) with a person, but you’re sure as hell never going to find it through a person. Because of this, I’m trying to refine myself, for myself. There are a lot of things I’d like to do and learn (none of which involve a whole lot of travel), and I’m beyond the point in life where I should be absent of meaningful hobbies that foster personal growth. Easier said than done, of course, but nonetheless I’m hopeful to slowly build a quiver of activities that captivate my soul, my mind, and my heart. Learning musical instruments, art and painting, foreign languages (even though I have no real aspiration to travel abroad to use them; weird, I know), martial arts, sports, you name it. There is a lot I have left on the table, a lot of me left to be discovered. Shaking off the apathy and laziness is a challenge in its own right, nevertheless I look forward with aspiration. I only hope that aspiration doesn’t become anticipation and sour on me…

So, someday I will no longer go to the four corners and everywhere in between. Someday I will no longer see many people; eventually I will no longer have any contact with them. In most instances I don’t think it will be for a loss for either party. Someday, I hope, I’ll build my escape place to hibernate in, off the beaten path, and far away from society. Throughout the years I’ll look forward to it (that dreaded anticipation rears its ugly head again…), and I’ll bathe in its glory in those few months a year when I’m able. And eventually, at the end of it all, when I look back on my life, maybe that conscious decision to withdraw will be viewed as the wrong one. But as our existentialist friends remind us, at least it will have been my choice. One that I made on my own, over time, something I thought about and chose to do consciously. And while I don’t know if this quote is fitting here, in some ways it seems so: “Regret for the things you’ve done can be tempered with time; it is regret for the things you’ve failed to do that is inconsolable” (Sydney Harris). So it may be in the end that I’ll regret walking away. Just the same, it may well be that I’ll regret it if I don’t.

If I don’t follow through with my conscious decision to end copious travel, then I’ll continue to become a more and more tattered fellow. I’ll continue to fill my life with strain and expense, and I’ll be forever left feeling empty at all the wasted time and money that no longer brings me joy, and all the self-cultivating things I could have done in its place. I try not to live my life on autopilot, and this is my effort to hit eject. I just hope the parachute works…