Remote Senselessness – The End of Comfort

I have traveled an awful lot in my life, mostly stateside, covering them all – almost. I’ve got 5 left to hit in order to have visited each one. I know there is no prize, but for whatever reason I’d like to “see” them all, even if I’m just driving through. That’s what Oklahoma is to me, a place I drove through on my way back to Colorado. I only stepped foot on Oklahoma soil once. That was enough. But today I’m not here to write about my travels explicitly, but more about how much I hate them. I hate to travel, yet I do it so much and have done it for so long. A lot of this is because I’ve lived all over the country and in order to keep up with my friends and family I have to travel. You see, I don’t believe in “keeping up” via social media; in fact, I have no social media presence. I figure if you’re going to call someone a friend, you have to seem them fairly regularly. Once a year would be ideal (assuming you live states away from one another), every other year in a worst case scenario. Otherwise, it’s simply not worth the effort and maintenance. I’m one of those people who likes to purge things from my life. There is great joy in getting rid of something you don’t need, I also find it in erasing entries in my phone. Now, it appears, I’m going to erase people from my life. Well, not quite; at least not quite yet. 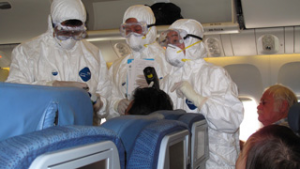 Anyone that flies knows how horrible the process is; we’re cattle, mooing along, paying more and more for less and less. Being an overzealous planner who rarely thinks of the consequences until they slap me in the face, I have become somewhat notorious for stacking trips up, one after another after another, sometimes three in a row or more. It gives you no time for yourself, costs an arm and a leg, and makes you hate your life. Fun. Well, add to that the discomfort that comes along with travel and that only compounds everything, definitely making it worse. I was always willing to pay extra to avoid a connection, and I’ve recently become willing to pay for the seat I want: an aisle as close to the front of the plane as possible. But that really isn’t enough. After having just struggled through one trip a few days ago and having another to look forward two days from now, I now know it is time to move to first class. This will cost an awful lot more, but I’ve already reached the end of comfort. I can’t stand it. I need some back. They used to say people would “go postal” when they went on a rampage; I think it may be more appropriate these days to say we “go airline” because of all the pains that accompany it.

But it isn’t just airline flights that really break me, it is the car rides and train rides too. Some trips have a full day of travel on either end, making nearly half of some of my trip hours being allocated solely to transportation. That sucks, big time. This is part of the reason I go abroad so rarely: I never want to travel for too long (5-6 days, max), and to go to a distant country would leave me with 3 days onsite after travel on that type of schedule; it doesn’t work. Trust me, I’ve tried. So unless I want to go somewhere for 10 days or longer, which I don’t, then travel doesn’t make sense. So I don’t “see the world.” Oh, well. I’ve still got 5 states left to see anyhow… But I digress (as usual).

What I think I’m going to do is cut my number of trips way back. For one, I’m just plain sick of traveling in general. For another, this will keep me from taking trips I don’t really need/want to take; those I embark on because of a whim. And in their place I’ll travel more comfortably, at least on the plane, by going first class. If I cut back my flight-based trips from 6-7 a year to 2-3, then the cost savings will be substantial (flight, hotel, food/booze, parking, rental cars, assorted nonsense, etc.). Now, flying first class won’t greatly improve all of the trip, just the flight (as much as possible). But maybe there will be a residual effect that improves other areas of the trip because I won’t be tired, cramped and pissed off. If nothing else I can revel in other’s misfortune from having to go to the back of the plane. Schadenfreude. That makes everything worthwhile!

They let the first class cabin board first; but why would you want to do that? Why would you want to be on that plane any longer than possible? As someone who sits in the peon seats, I go on as early as possible to get some overhead space; that’s it. It certainly isn’t that I want to hang out in the terminal any longer than necessary either, but the whole traveling process is two sides of screwed, so you pick your poison, I guess.

Another thing I hate about airplane flights is people. When you get a bunch of them crammed in a space like that, it’s overwhelming. I don’t know how anyone can come away from a flight being happy with life or humankind. It must be the breeding ground for all hate. Just add canned air… I’ve been trying to find a water bottle that has a spout cover to keep all the diseases off my beverage. People are always hacking and sneezing, spraying their filth everywhere. People just have no tact or decency. It is never clearer than on an airplane.

So, in our world today, we have reached the end of comfort. And this is not just in travel. We’ve clearly reached it because nobody is happy with what they have. We’re always looking for the next best thing because why? We haven’t been satiated. Sure, marketing gurus trick us into our ephemeral indulgences and we discard and discard again, always chasing the life of leisure and comfort, but we never really find it. We can’t. We won’t. Not in this system, anyways. So where does that leave us? What can we do to have a little joy, especially in the least joyful of places, airplanes? First class. Let the suckers brag about their savings and struggle through the pains of the back of the plane; all those disgusting, sickly, poor excuses for civil beings, you can have them. From now on, for me, it’s up front and personal – comfort. I’ll be the guy laughing at you when you go find your seat next to the toilet, screaming baby, fat guy who encroaches on your space, and the woman who is coughing SARS all over your peanuts.