Out of this World – The Future of AI in Space

Gravitational waves announced themselves in a big way in 2015 when the Laser Interferometer Gravitational-Wave Observatory (LIGO) first detected them. When large celestial objects collide, the force of their collision sends ripples through spacetime. The theory surrounding this phenomenon was postulated by Albert Eistein and proven in 2015. Since then, LIGO has detected over 50 gravitational waves.

Researchers wanted to see if artificial intelligence (AI) could help detect gravitational waves, cutting down on the manual labor required to pour over LIGO data. The team put together an AI framework and processed a months’ worth of LIGO data in less than seven minutes, identifying four black hole mergers that created gravitational waves. Researchers had already identified the same four mergers and thus verified the accuracy of the AI’s findings. Working with AI in conjunction with existing instruments shows the very real and applicable ways that AI can work in tandem with scientists to simplify their processes and leave them breathing room to do more important research. 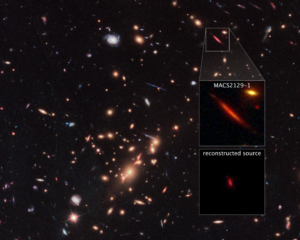 Data is the backbone as well as the bread and butter of space research. All the satellites and sensors on our planet world and floating through space collect copious amounts of data that takes decades to pick through. Given all the time in the world, important information can still be overlooked and lost in the archives. Searching for habitable planets was Kepler’s mission and now the Transiting Exoplanet Survey Satellite (TESS) has taken up the baton, amassing a never-ending volume of data. Planets transiting a star cause a dip in brightness as the planet passes between the star and the instrument, an easily measurable change if the dip in brightness happens at consistent intervals. A recent study employed a new machine learning technique to detect exoplanets with a 96% accuracy for Kepler data and 82% for TESS. While it’s not perfect, the numbers are encouraging and show room for growth.

As more observatories with massive data collection capabilities come online, like the Vera Ruben Observatory being built in Chile, AI will have to keep up. Vera Rubin will survey the entire sky every night, collecting 80 terabytes of images per night. Without AI and machine learning, researchers won’t be able to scratch the surface. New algorithms and neural networks will have to do the heavy lifting and search for study specific information. One neural network, designed in 2018, does a better job than the human eye at detecting gravitational lenses. A gravitational lens is when two galaxies are lined up and the one in front magnifies the galaxy behind, allowing astronomers to see a galaxy that would normally be beyond their reach. It’s an encouraging start that will hopefully pay dividends as some of the heavy lifting is taken up by new AI and machine learning techniques.