Out of this World – Drumroll Please 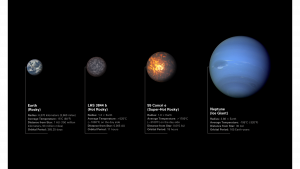 Compare exoplanets LHS 3844 b and 55 Cancri e to Earth and Neptune. While larger than Earth, they are more similar in composition. (Credits: ILLUSTRATION: NASA, ESA, CSA, Dani Player [STScI])

We are weeks away from the moment we’ve been waiting for—a fully operational James Webb Telescope. Webb already had successfully aligned telescope optics and instruments before moving on to the last test phase. The team is now commissioning the four science instruments and testing the 17 imaging modes before Webb begins its first year of science observations.

By the end of summer, Webb will be looking at two super-hot, rocky planets both larger than Earth. 55 Cancri e orbits every 18 hours around a sun-like star, it’s so close that the planet is believed to be tidally locked and covered in lava on the sun-facing side. This hot rock holds mysteries for Webb to unlock, like why is the hottest region of the planet not directly facing the star, but offset and fluctuating?

LHS 3844 b also orbits close to its star, completing a circuit every 11 hours, but it’s too small and cool to melt the planet’s surface. It’s also unlikely to have an atmosphere, allowing the Webb spectroscopy instrument to collect surface reflectance readings and assess the geological composition of the planet. Insights into rocky-planet formation teaches us about the evolution of our own planet. 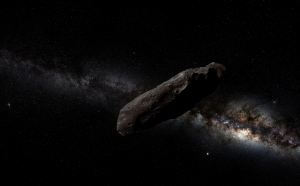 These are just two of the ways the Webb Space Telescope will help us better understand our space in the Universe. As part of the General Observer Program, 6,000 hours were awarded to the global astronomical community, and they’re using it on ground breaking science ranging from large-scale census data on black holes and galaxies to studying black hole jet launching physics. Teams came together from around the world to make the James Webb Space Telescope possible and that collaboration continues as Webb opens its eyes to the Universe for the first time.