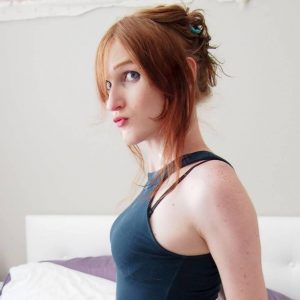 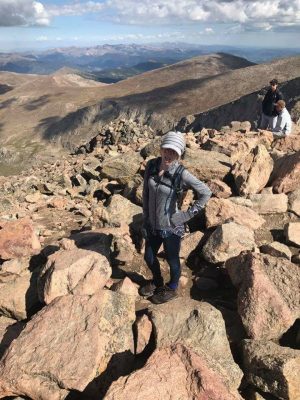 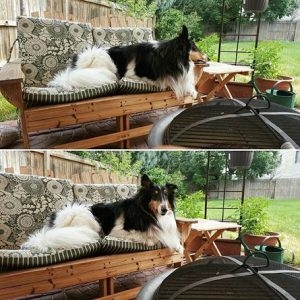 A few photos of Maddie and her awesome doggie, Cowboy!

As we mentioned in our Interview Special last month, we here at Apollo Mapping have grown quite a bit recently and are proud to announce the addition of two rock-star coders to our Development Team. Last month’s edition of Map Mavin Methods featured seasoned coder, Tom Vilot, who with three decades of experience under his belt had a good deal to say in response to our questions. This month, however, you will be receiving a more condensed, elevator-speech version of an interview as we sit down with our newest employee, Maddie Abboud. Favoring brevity over bullsh**, we invite you to kick your feet back and enjoy her beautifully succinct and no-nonsense responses to the same questions we asked of Tom. Did she keep it short because she has better things to be working on? Does she just hate me? Or both? We’ll likely never know…. [Answers heavily censored at the behest of our legal team…]

My first full time gig was at Windward Studios in 2012.

Developer at Windward Studios where we did reporting software for 4 years, wrote telemarketing software at Connect First for a year, freelance developer.

This question is stupid so I’m not answering it.

(This not-time-for-BS attitude is why we hired Maddie, godspeed you badass)

Rewriting the UI with React instead of this Sencha crap.

I absolutely loathe Brock and his obsession with pixel spacing.

And there you have it folks! Introducing Maddie, a badass coder who works her ass off way too hard to have time for interviews with myself or frankly anyone. We’re glad to have you! ?